Update: Cody Thomas was safely located in Livonia, Michigan by the Livonia Michigan Police Department, May 2. 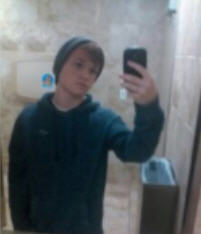 SAVANNAH, GA (April 7, 2016): Savannah-Chatham Metropolitan Police are seeking the public’s help in locating a 16-year-old male who ran away on March 14.

Cody Thomas is described as a white male with a slender build, about 5 feet 7 inches and 140 pounds with black hair and brown eyes. He was last seen with a long spiked hairstyle and wore a shell necklace.

Anyone with any information on Thomas’ whereabouts should call 911 immediately.