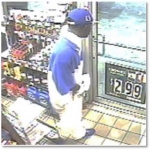 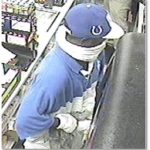 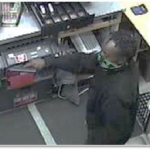 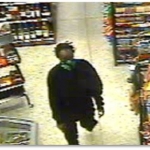 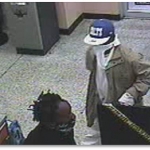 SAVANNAH, GA (October 31, 2014): Savannah-Chatham Metropolitan Police are trying to identify a male who robbed two Circle K convenience stores last week and an accomplice in one of the robberies.

The first suspect was described as a black male wearing an oversized Polo shirt with varying shades of blue near the shoulders, light khaki pants and a white cloth over his face with a white baseball cap with blue insignias and/or letters and black sunglasses.

He entered the Circle K on the 7200 block of Abercorn Street just before midnight last Tuesday and forced the clerk at gunpoint to give him money from the cash register.

About 9:30 p.m. the next day,  the same suspect, this time wearing a tan jacket over the same clothing and accompanied by a second male, robbed the store on the 8900 block of White Bluff Road in the same manner. The second suspect was wearing a black jacket and dark jeans and wore his hair in short dreadlocks and has a high forehead.

Anyone with information on the identity and/or location of either suspect is asked to call Crimestoppers at (912) 234-2020 or text CRIMES (274637) using the keyword CSTOP2020. Tipsters remain anonymous and may qualify for a cash reward.