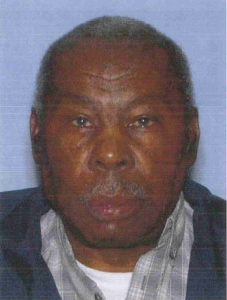 UPDATE: Theotis Coney has been safely located and is back with his family.

Theotis Coney, 70, was last seen at approximately noon on March 15 and was possibly headed to his home in the 500 block of Edinfield Road in Sylvania, Georgia. He was wearing blue jeans and a plaid shirt.

Coney is approximately 6 feet 1 inch tall and weighs around 180 pounds. He has brown eyes and walks with a limp. His face slightly hangs on the left side.

Anyone with any information on Coney’s whereabouts should call CrimeStoppers at (912) 234-2020 or text CRIMES (274637) using the keyword CSTOP2020. Tipsters remain anonymous and may qualify for a cash reward.