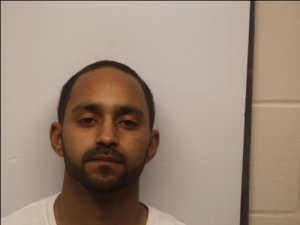 Jones is charged with two counts of aggravated assault and one count of reckless conduct.

SAVANNAH, GA (June 22, 2016) – Savannah-Chatham Metropolitan Police Department Violent Crimes detectives have obtained arrest warrants for a man who fired shots at his wife and attempted to fire shots at two others at approximately 4 p.m., June 22 in the 100 block of Aquinnah Drive.

Christopher Stephen Jones, 30, had a verbal altercation with his wife that escalated to violence when he fired a gun at the vehicle she was driving. When two citizens came to assist his wife, he attempted to fire shots at them as well; however, the gun jammed. No injuries occurred during the incident.

Jones is wanted for two counts of aggravated assault and one count of reckless conduct. He is considered armed and dangerous.

Anyone with any information on Jones’ whereabouts should contact the SCMPD tip line. The tip line is open directly to investigators by dialing (912) 525-3124.