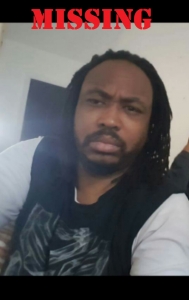 UPDATE: Seth Edwards has been located.

Seth Edwards, 38, of Savannah was reported missing. He was last seen on Friday, August 4 around 11:20 a.m. in the 100 block of Little Hearst Parkway in Port Wentworth. He left that area, shortly thereafter, in a 2005 silver Honda Element with tag DP8XGR. Police say he can possibly be in Savannah or the Port Wentworth area.

Edwards stands 6-foot-1 and weighs 200 pounds. He has shoulder length dreads and was last seen wearing a gray shirt, jeans and black boots.

Anyone with information on his location can call 911. A confidential tip line is also open directly to investigators at (912) 525-3124.