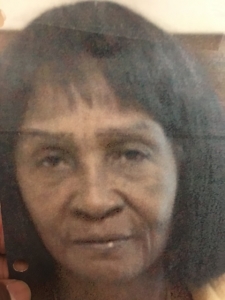 UPDATE: Georgianna Sommerset was safely located. She is in good condition.

Georgiana Sommerset was reported missing by staff at about 6:45 p.m. Relatives identify her a mental health consumer.

Sommerset is described a black female with a bob hairstyle. She stands 5-8 and has a slender build. She was a wearing gold jacket, a gray shirt, blue jeans and black shoes. She is traveling on foot. She tends to frequent the Coffee Bluff neighborhood and the 100 block of West 54th Street.

Anyone with information about Sommerset’s location should call 911 immediately.