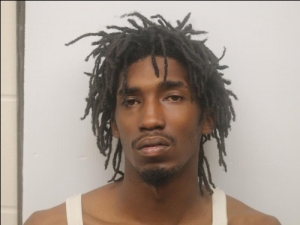 Metro responded to the 2000 block of East 38th Street to find Robinson suffering from a non-life threatening gunshot wound. Reportedly, Robinson and his brother, Taqwan Robinson, 20, were walking near Bonaventure Avenue when a vehicle drove towards them and stopped. Occupants of the vehicle reportedly shot at the two brothers.

Upon further investigation, detectives were prompted to search the brothers’ residence, where stolen guns and narcotics were seized. Investigators believe the younger Robinson also fired shots at the vehicle. He was subsequently charged with theft by receiving stolen property, one count of obstruction of officers and one count of disorderly conduct.

Detectives are working to determine the facts that led to the shooting and to confirm the identities of any suspects.

Anyone with any information on this case is asked to call CrimeStoppers at (912) 234-2020 or text CRIMES (274637) using the keyword CSTOP2020. Tipsters remain anonymous and may qualify for a cash reward.