UPDATE: Antwon Furlow, 30, turned himself in at Savannah-Chatham Metropolitan Police Headquarters on Monday, Nov. 28. Outstanding warrants were served. Furlow was arrested without incident.

SAVANNAH, GA (November 25, 2016): Savannah-Chatham Metropolitan Police Department’s Violent Crimes detectives have obtained warrants for the arrest of a man wanted for multiple charges related to a physical altercation on the 1200 block of East Bolton Street on Wednesday, Nov. 23.

Antwon Furlow, 30, is wanted for aggravated battery, aggravated assault and criminal attempted murder. He reportedly injured a man during a fight, resulting in serious injury. 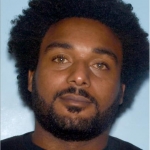 Furlow is described as a black male with hazel brown eyes. He stands approximately 5-8. He was last seen driving a work truck with a company logo in the area of East Bolton Street. Anyone with knowledge of Furlow’s location should contact law enforcement immediately.