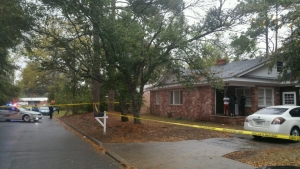 At around 6:30 p.m., Metro officers responded to a home on the 2000 block of Massachusetts Avenue after reports of a shooting. Reportedly, a group of teens were in the home when the shooting occurred.

The circumstances surrounding the shooting are still under investigation. Detectives do not believe this to be a random shooting.

The 15-year-old is in the hospital in critical condition.