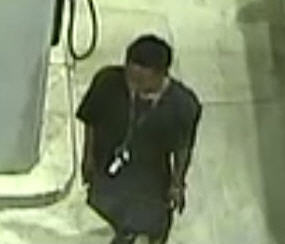 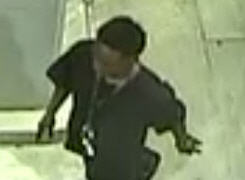 SAVANNAH, GA (April 8, 2016): Savannah-Chatham Metropolitan Police Department’s Central Precinct detectives ask the public’s help in identifying a man who is suspected of stealing a vehicle from a gas station on April 6.

Just after 10:30 p.m. on April 6, Metro responded to a gas station on the 4200 block of Montgomery Street. The victim left his black 2003 Dodge Ram running when a gray Chrysler Town and Country van pulled up next to it. A suspect exited the van and got into the victim’s vehicle and fled.

Further investigation revealed that the van was also stolen on Feb. 1. Metro was able to recover the van at the 400 block of McKenzie Place on April 7. Items belonging to victim of the Montgomery Street incident were recovered inside of the van. On the same day, investigators were able to recover the Dodge Ram at an apartment complex located at the 5100 block of Garrard Avenue.

Detectives are attempting to identify a suspect in this case. The suspect is described as a black male, possibly in his mid-teens to early 20s with medium length hair. He wore a black Dickies short sleeve button-down shirt and dark jeans with a gold watch on his wrist.

Anyone with any additional information or knows the identity of this suspect is asked to contact CrimeStoppers at (912) 234-2020 or text CRIMES (274637) using the keyword CSTOP2020. Tipsters remain anonymous and may qualify for a cash reward.