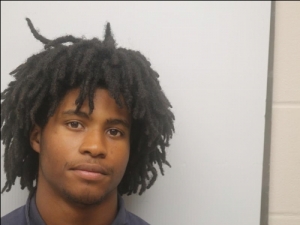 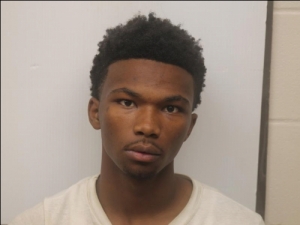 Shortly after 6 a.m. Metro responded to the 100 block of Brown Thrush Road, where the owners of a 2015 Jeep Grand Cherokee noticed their vehicle missing. A set of keys were accidently left in the vehicle the night before.

On Thursday, Dec. 9, officers traced the vehicle to New Hampstead High School where plain clothes officers observed the stolen vehicle occupied by two males and two females. One female got out of the vehicle as the driver then left the scene.

The driver of the stolen vehicle traveled at high speeds on I-16 into the Cuyler-Brownsville neighborhood, where the other female exited the vehicle. Plain clothes officers then lost the vehicle for a short time. Eventually, the vehicle was located at West 48th and Myrtle streets. It was unoccupied.

Marked Metro units responded to the area, locating the two suspects at West 45th Street and MLK Boulevard. The driver was identified as JaDonte Gadsden, 18, and the passenger as Deonte Webb, 17.

During the course of this investigation, officers discovered items in connection with a Nissan Altima reported stolen from the 1300 block of Bradley Boulevard earlier that morning.