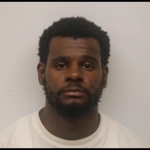 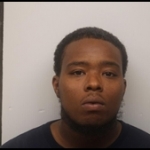 Gregory Rhynes, 24, was arrested Friday after questioning by investigators at Metro Police Headquarters. He is charged with murder in the Dec. 9 shooting death of Michael Holmes, 33.

Metro officers found Holmes suffering from a gunshot wound outside of an apartment building on the 1900 block of Skidaway Road, just before 10 a.m. He was transported by ambulance to Memorial University Medical Center, where he died.

On Saturday, Metro’s Central Precinct patrol officers arrested Joseph Thurmond Williams, 28, without incident on Burroughs and West 39th streets. Williams is suspected of discharging a firearm at that intersection on Saturday, Nov. 21, that left Onesimus Franklin, 40, with a non-life-threatening shrapnel wound.

Williams is charged with aggravated assault and possession of a firearm by a convicted felon.