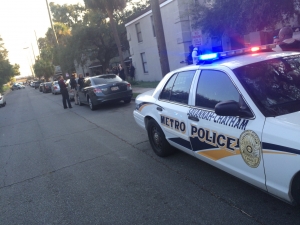 The second suspect entered an occupied apartment; officers were able to safely remove three children from the residence before apprehending the suspect.