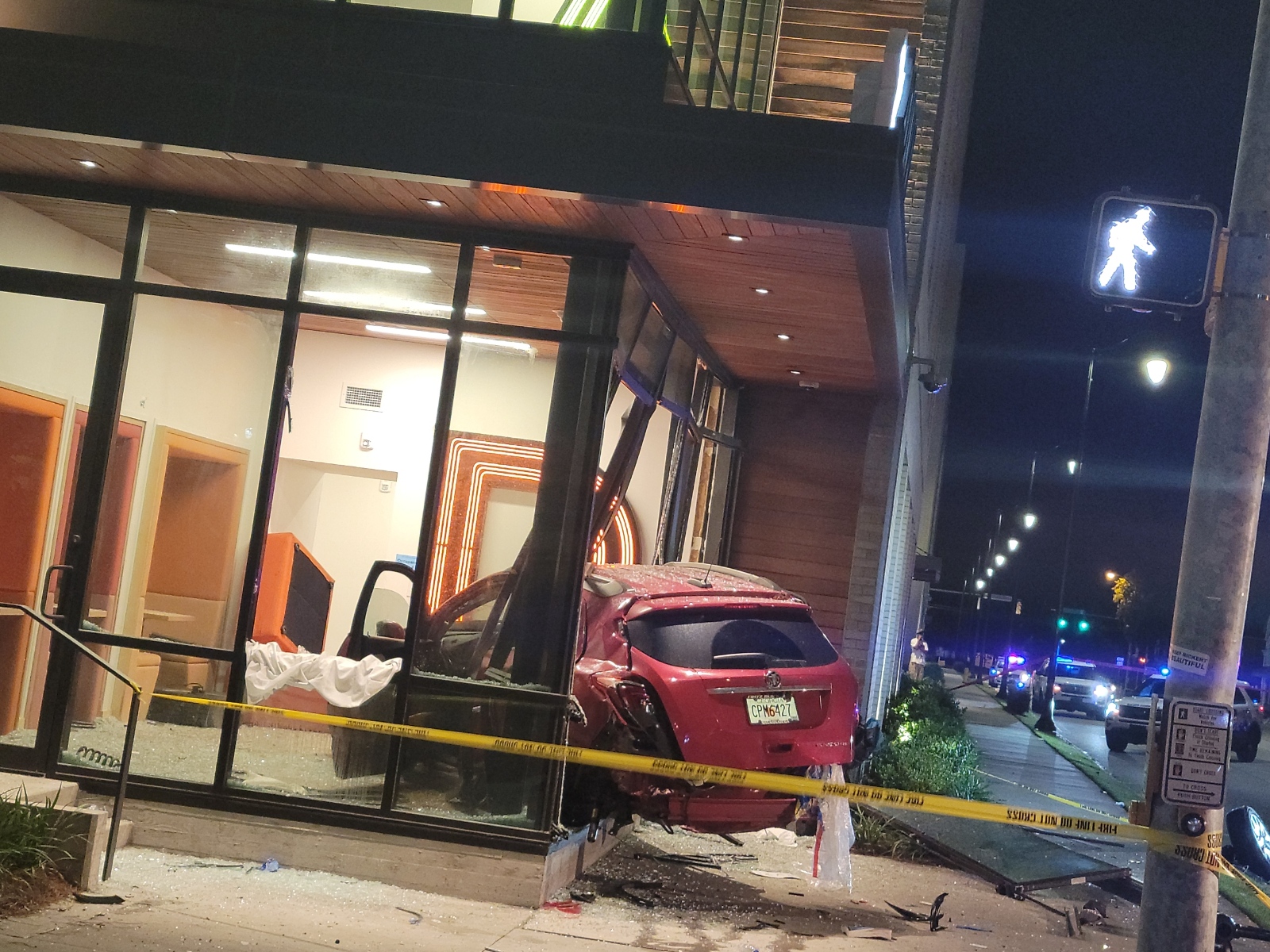 SAVANNAH, GA (June 16, 2021) – The Savannah Police Department’s Traffic Investigation Unit is investigating an overnight crash with multiple injuries that ended with the vehicles crashing into a building on Victory Drive.

Around 11 p.m. officers attempted to initiate a traffic stop on a black Buick sedan on 38th Street. The driver, identified as Jerald Shawntheivus Johnson, 25, fled from officers at a high rate of speed. The driver was traveling on Barnard Street and ran a red light at Victory Drive, crashing into the passenger side of a red Buick Encore traveling westbound on Victory Drive. As a result of the impact, the Buick Encore spun and went across all lanes, coming to a final rest inside a SCAD building at 201 W. Victory Drive. The black Buick also stuck a wall of the same building.

Upon release from the hospital, Johnson was charged with fleeing to elude, reckless driving, serious injury by motor vehicle, too fast for conditions, disregarding traffic control device, driving with a suspended or revoked license, failure to register vehicle, no proof of insurance, failure to stop at stop sign, marijuana possession less than 1 oz., cruelty to children second degree, and felony habitual violator. Johnson also has warrants in four jurisdictions outside of Chatham County.