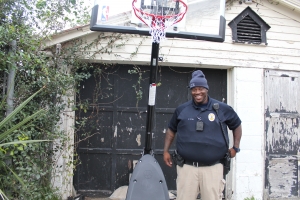 n of the Savannah-Chatham Metropolitan Police Department, is taking community policing to the next level.

While on patrol during the holidays, Wynn got out of his patrol vehicle and partook in a game of basketball with some neighborhood kids. While playing, he noticed that the basketball they were using was flat. He knew a good game of basketball deserved a good ball. So, he went to Target to pick up a new ball, air pump and a whistle for the kids to enjoy the game.

The next day, he went back to check on the kids and this time noticed the basketball goal they were p
laying on had a broken rim. In fact, there was no rim it was so broken. Wynn went home that night and decided these kids deserved a new basketbal 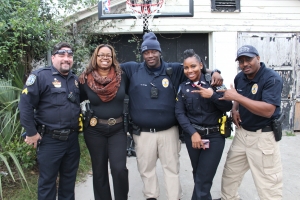 l rack. Out of his own money, he purchased a brand new basketball 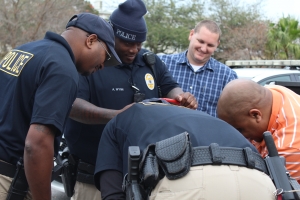 Wynn, assigned to SCMPD’s Central Precinct, says the reason he became a police officer is simple. “Growing up, my interactions with the police were not always favorable ones. I figured if I ever got to be a police officer, I would change the way people viewed law enforcement.”