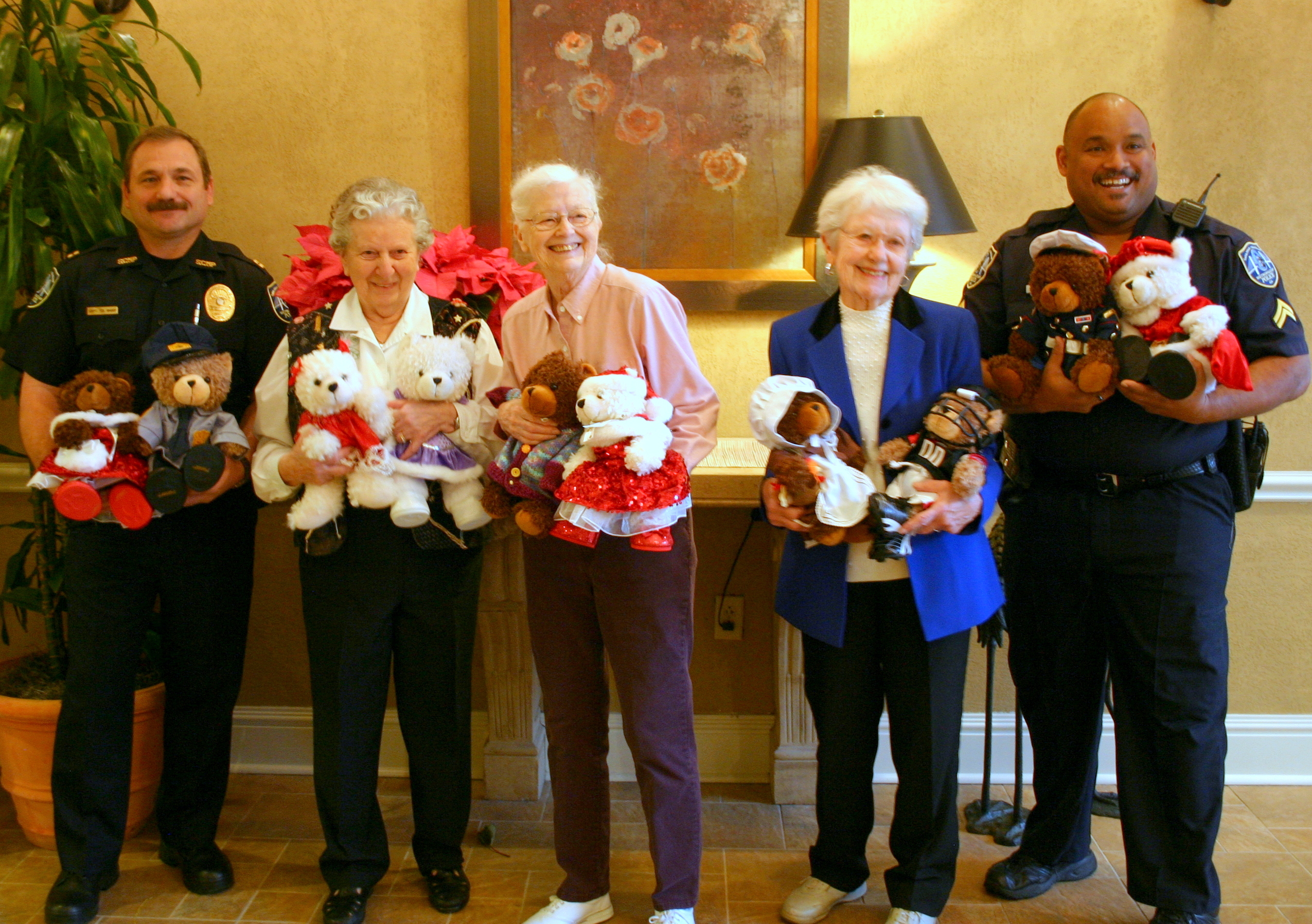 SAVANNAH, GA. (January 6, 2014): Residents and staff of the Marshes of Skidaway today donated about 100 new, hand-decorated bears to Metro Police to be distributed to children affected by crime.

Women who live and work in the Marshes decorate the bears each year, often hand-knitting parts of the costumes. The bears are hung on a Christmas tree in the Marshes lobby until New Years and then packaged for transfer to police.

Officers of the Savannah-Chatham Metropolitan Police Department keep the bears in their police cars to be given to children who could be overlooked when their families are affected by crimes.