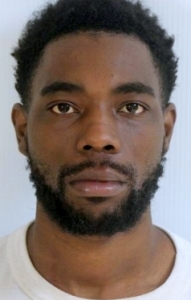 SAVANNAH, GA (April 20, 2015): A 26-year-old Savannah man has been charged with two offenses by Metro Police and is being held on warrants from two Georgia counties after shooting his brother in a domestic dispute this afternoon.

Jason Oscar Christopher Scott was charged with aggravated assault and possession of a firearm by a convicted felon after surrendering to Savannah-Chatham Metropolitan Police patrol and SWAT officers about 5 p.m.

Christopher Scott, 51, was transported for treatment of a wound to his leg that was not considered life-threatening. West Chatham Precinct patrol officers found him in a residence the two brothers share with other family members on the 1800 block of Mitchell Street in the Liberty City area.

Officers had been dispatched to a fight in progress at the house at 3:58 p.m., a call that was upgraded to a shooting before they arrived.

A resident in the neighborhood directed police to a shed behind a house a block away at Cimarron and Columbia Avenue where an officer saw a weapon through a window and SWAT Team officers were called in. Jason Scott soon exited the shed and surrendered to officers without incident.