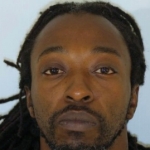 SAVANNAH, GA (November 3, 2014): Savannah-Chatham Metropolitan Police have charged a Savannah man with aggravated assault pending the results of an autopsy to determine the cause of death of a 35-year-old woman.

Roman Eugene Hills, 38, was arrested after Southside Fire Emergency Medical Technicians were called to his house on the 1100 block of Graydon Street at 8:14 a.m. Saturday.

Beverly Jones, who lived at the residence as well, was declared dead on the scene.

An autopsy is scheduled today to determine the cause of death.