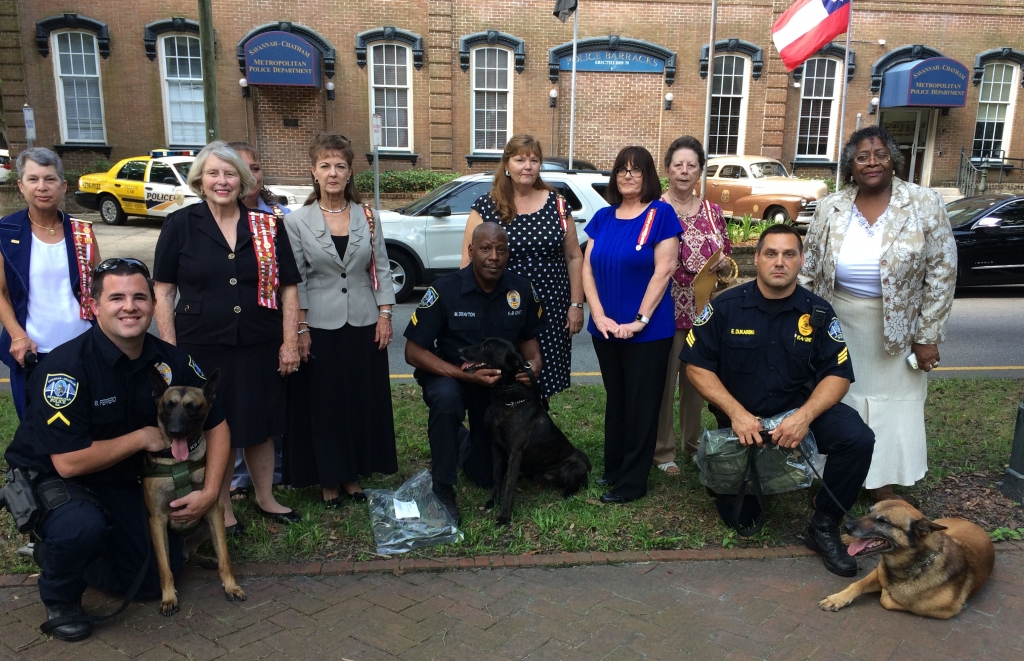 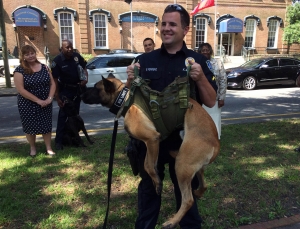 The organization purchased three vests; each one was custom-made for the dogs and they are versatile in the way they are utilized in the field. The K-9s that received the vests are Nado, Ziggy and Dooly,

“We appreciate this donation so much,” said SCMPD K-9 Unit Commander Sgt. Eric Dukarski. “This will allow us to be able to deploy the dog in situations where we normally would not be able to deploy them. For example, if we need to get him up into an attic, we can hook up a rope to the harness and easily pull him up, without the dog getting injured. We can also hook packs to the harness. The packs can be used to hold equipment such as first aid kits, water bottles, or any other equipment we may need.”

“As proud members of the historic Savannah Chapter No. 2, we try to conduct service projects that serve to better our community,” said Elizabeth Piechocinski, President. “One aspect of this is that of supporting our law enforcement agencies who work so hard to keep our community safe. We learned that the K-9 Unit did not have protective vests for all of their dogs. These dogs are important in many ways, not the least of which is keeping our police officers safe, and effectively making the officers’ job a little easier and safer. Together, with an anonymous donor, we were able to raise funds to purchase three tactical vests.”

The SCMPD K-9 Unit is made up of six handlers and seven dogs.  The dogs are used to track suspects, conduct building searches and sniff out drugs and explosives. 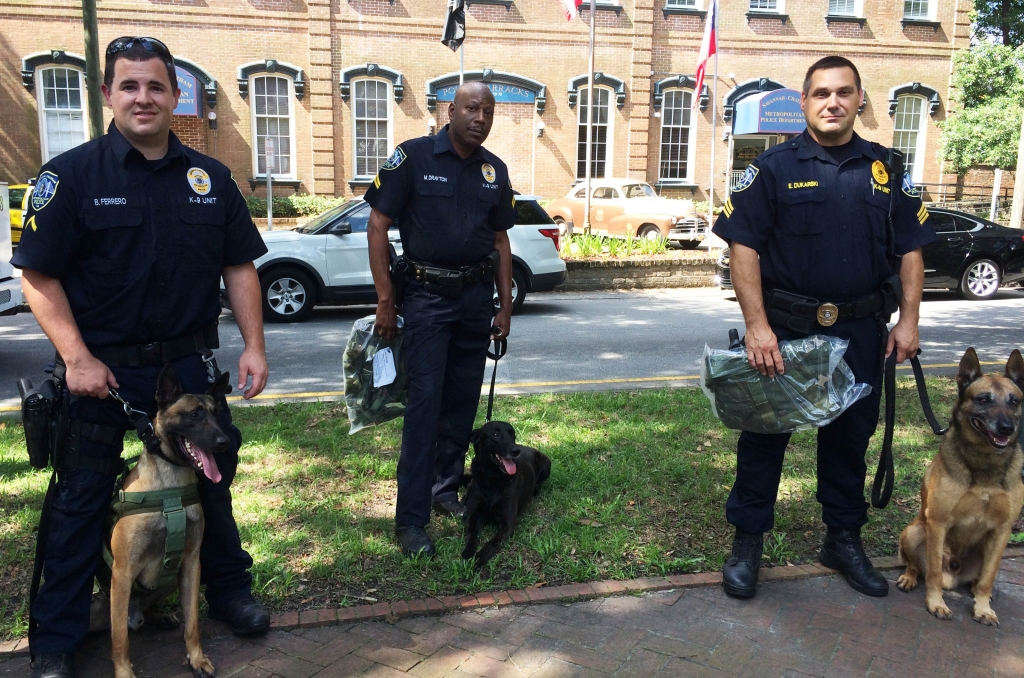