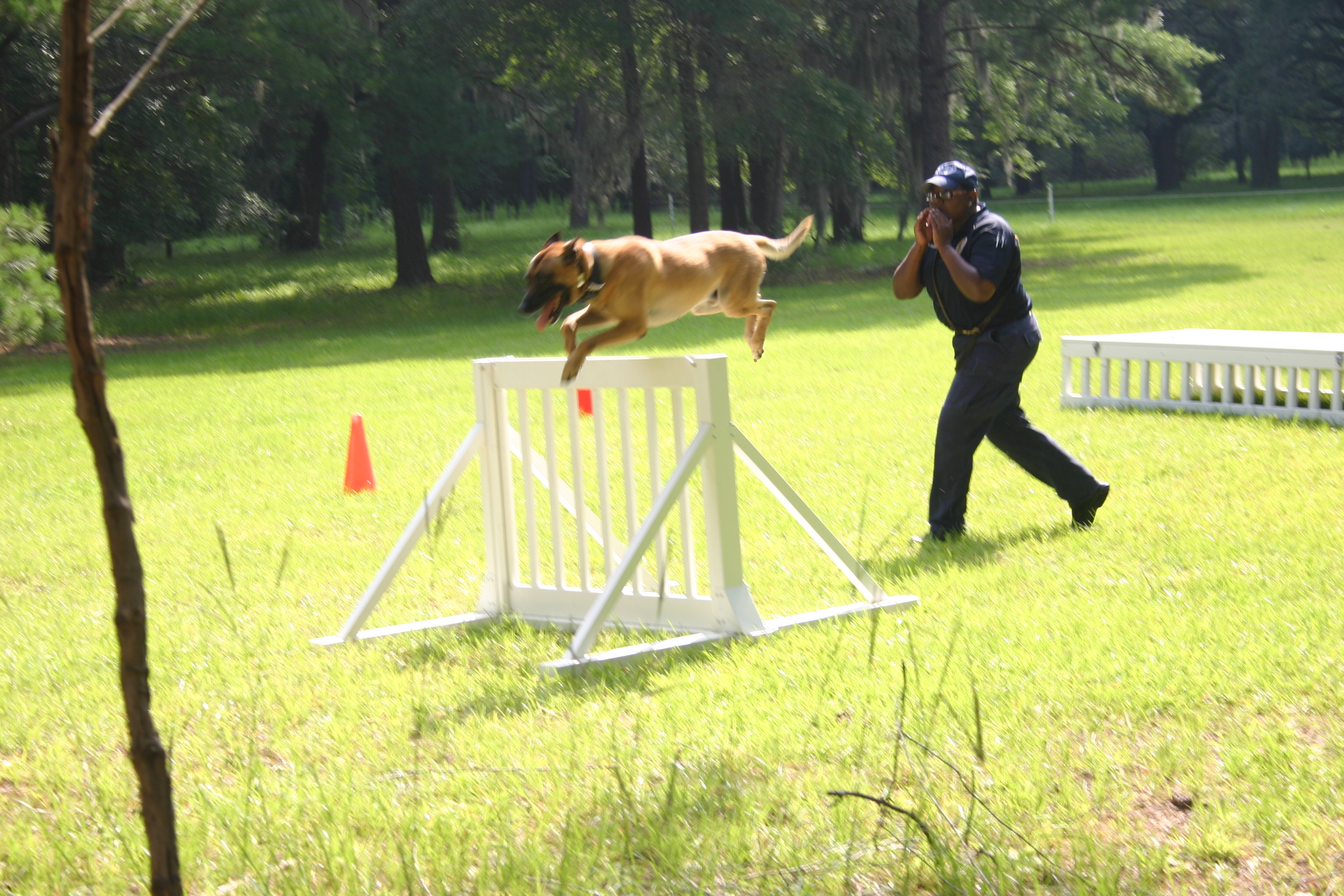 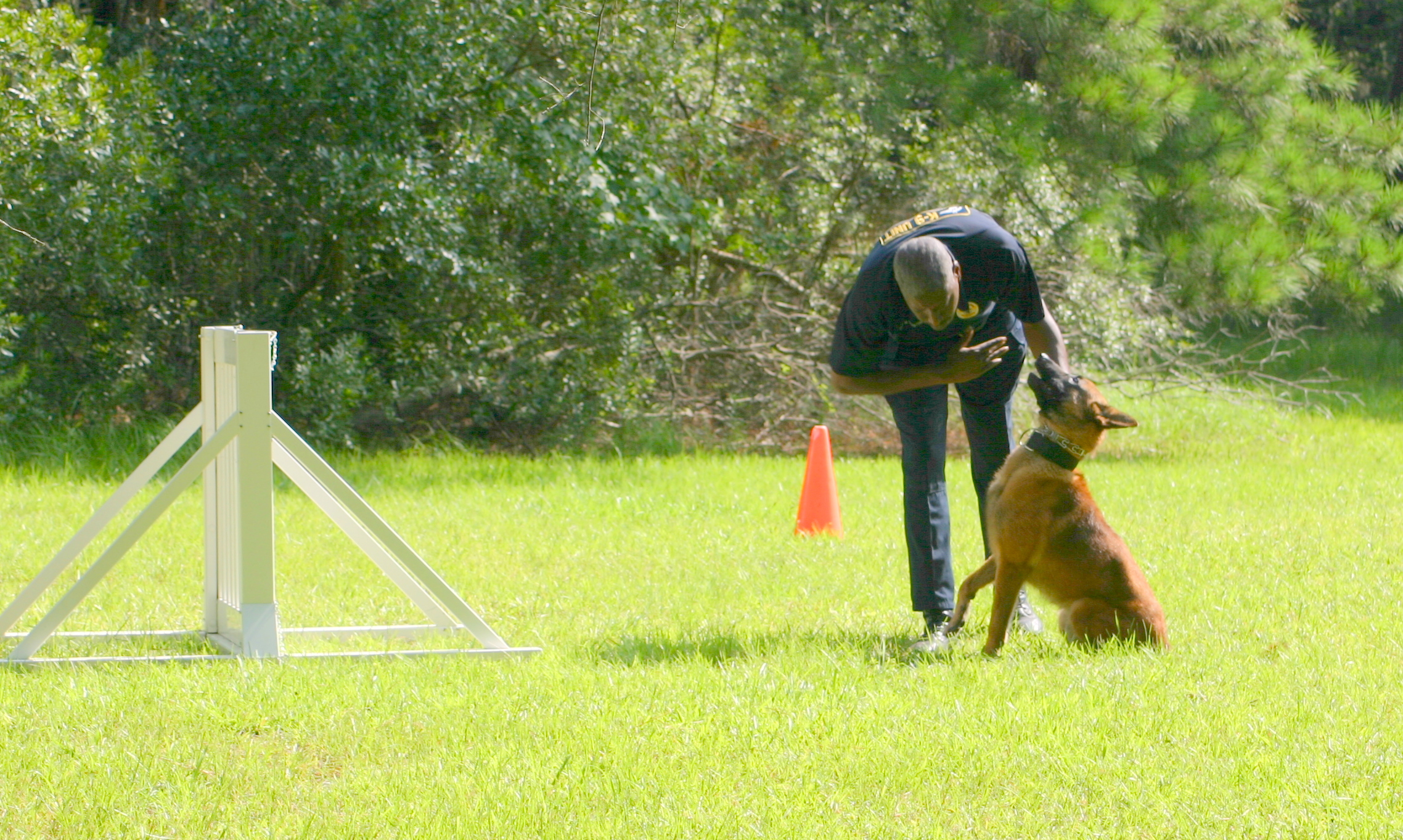 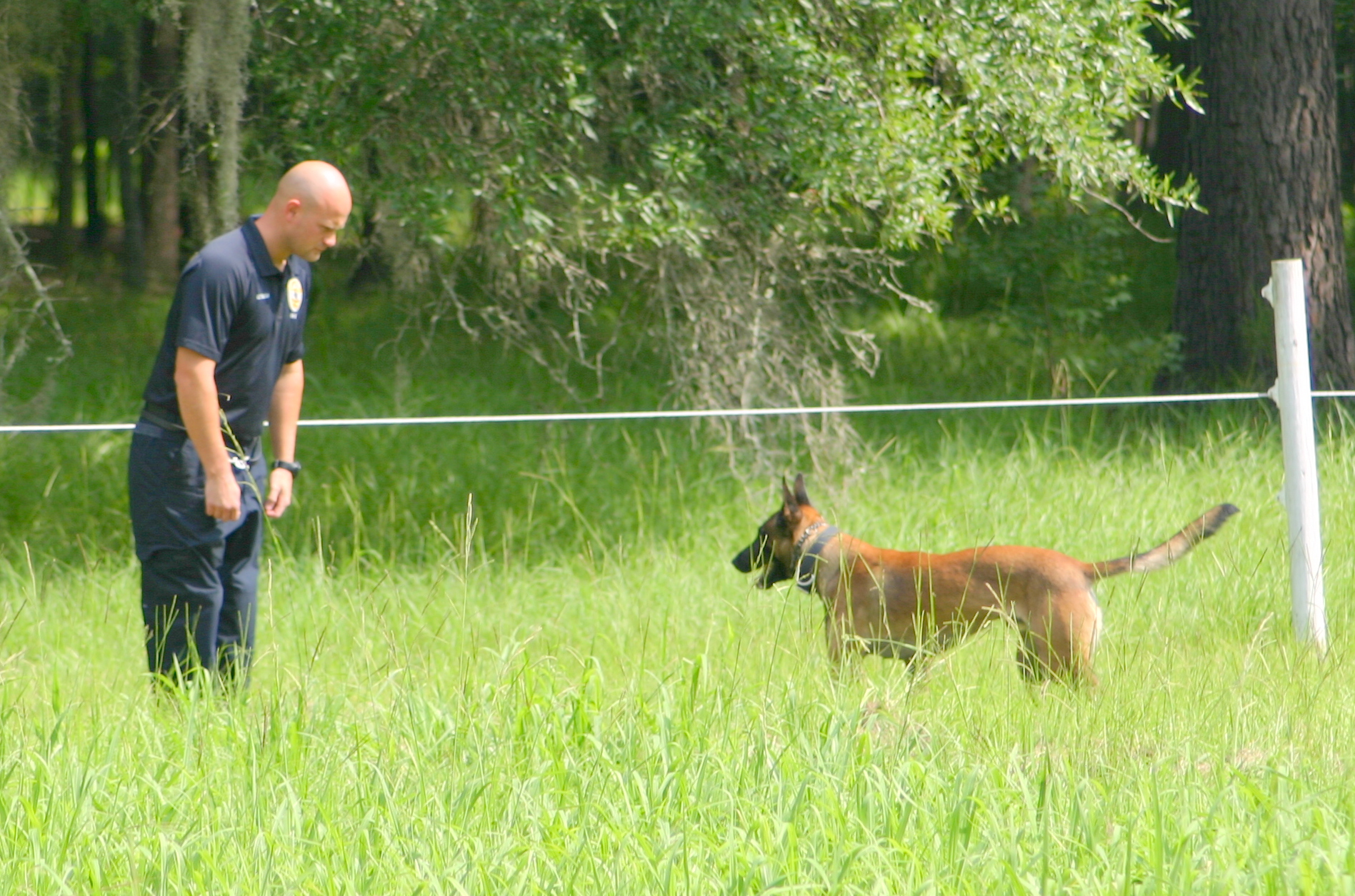 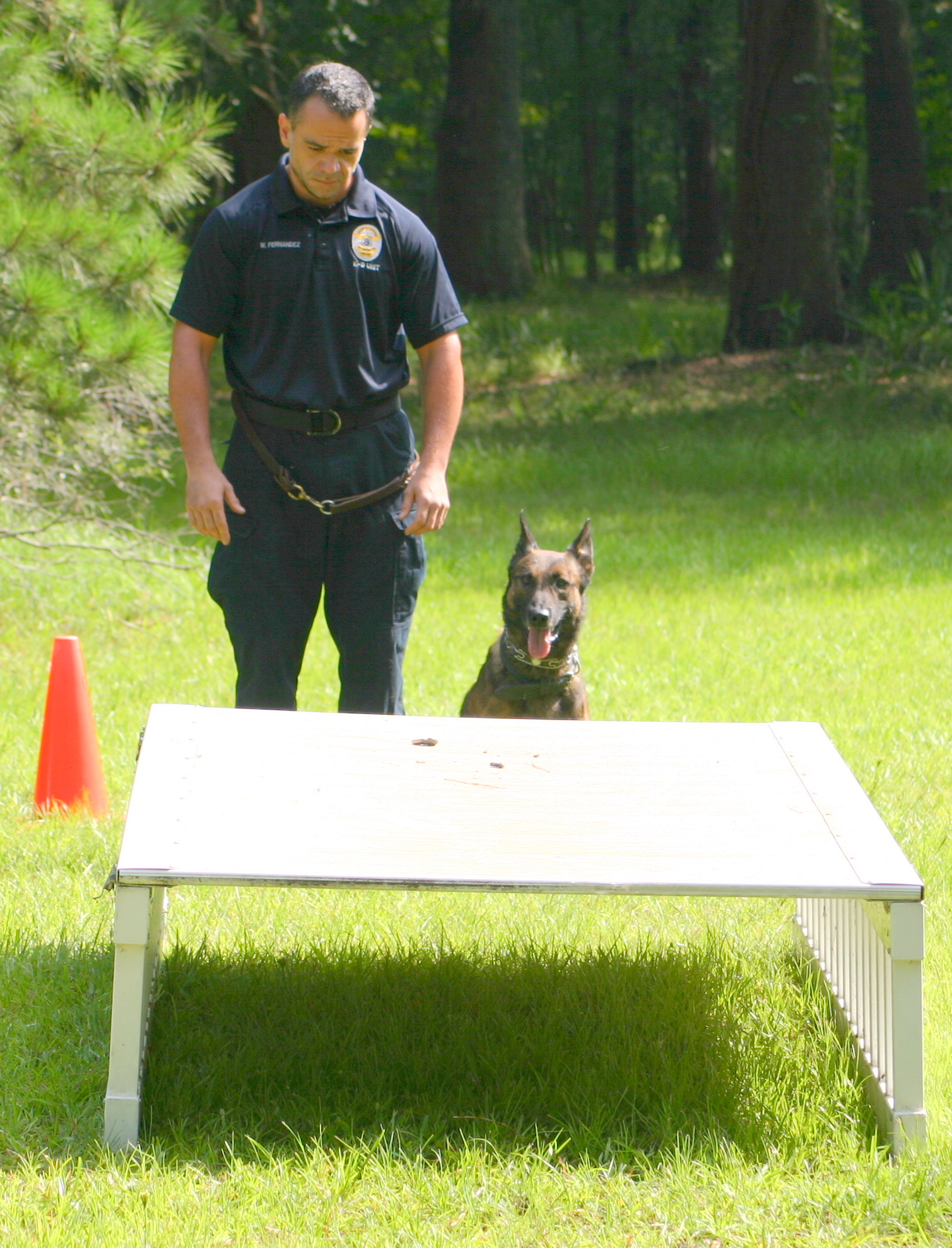 APO Will Fernandez and Faust

SAVANNAH, GA (November 1, 2012) Five officers of the Savannah-Chatham Metropolitan Police Canine Unit have been recognized for the best performance of the second quarter of 2012 in the nation.

The United States Police Canine Association (USPCA) cited the Savannah-Chatham unit for the best performance nationally for its action in securing both suspects in a kidnapping scheme that locked down Downtown Savannah and a west Savannah neighborhood on May 17.

USPCA already had cited the unit with the District 2 award for securing one suspect who had hidden in the Old Pink House Restaurant and then running down a second who had been holding a 12-year-old boy hostage a house on Milton Street.

The national award qualifies the K-9 officers for the best canine patrol case nationally for the year. The team was recognized for its performance in the many difficult situations it faced that day, the manner in which each member supplemented and complimented co-workers and the endurance that led them to continue until both suspects were arrested.

“These awards are a testament to the intensive training and outstanding performance of our K9 Unit,” said SCMPD Chief Willie Lovett. “These officers and their canine partners are called upon daily to help perform searches and keep our citizens and our officers safe. I am thrilled that they have received this recognition.”

The incident began about 7 a.m. when a man drove his car into a curb near an SCMPD detective, exited the car and told her his passenger had kidnapped him and was forcing him to withdraw money from a bank.

The detective saw the passenger attempt to climb into the driver’s seat while pointing a gun at her and she fired a shot that lodged in the top of the windshield. The suspect ran several blocks where he bolted into an open door and hid in the restaurant with three stories and a basement.

As police cordoned off several blocks around the restaurant in the busy Downtown area, the victim told them a second man was holding his son hostage in his residence several miles away.

While Central Precinct Patrol units surrounded the house, dozens of other officers surrounded the restaurant as APO Will Fernandez and his K9 Faust and SCMPD SWAT units guarded the north side of the restaurant and APO Mike Drayton and K9 Ivan secured the front entrance.  Cpl. Eric Dukarski with K9 Nado and APO Chris Tucker with K9 Flash manned other areas of the perimeter.

Faust located the first suspect behind a filing cabinet in the restaurant, biting him on his bicep to pull him into view. He was taken into custody without further incident.

Immediately afterward, Dukarski with Nando and Tucker with Flash joined the effort at the residence where the 12-year-old had emerged unharmed but could offer no information on the location of his captor. As Dukarski and Nando approached the house, a garage door opened and the suspect sped out in an SUV, narrowly missing SWAT team members before crashing into a utility pole alongside a heavily wooded area.

The suspect ran into the woods with Nando close behind. But Dukarski was forced to pull the dog back when pursuing SWAT team members appeared between him and the suspect. Instead, Dukarski and Nando joined Tucker and Flash in a systematic search of the wooded area. Flash soon located the suspect crawling through the heaviest section of the wooded area and forced him to the perimeter where he was taken into custody.

Both suspects were charged with offenses including kidnapping, aggravated assault on an officer and weapons offenses.