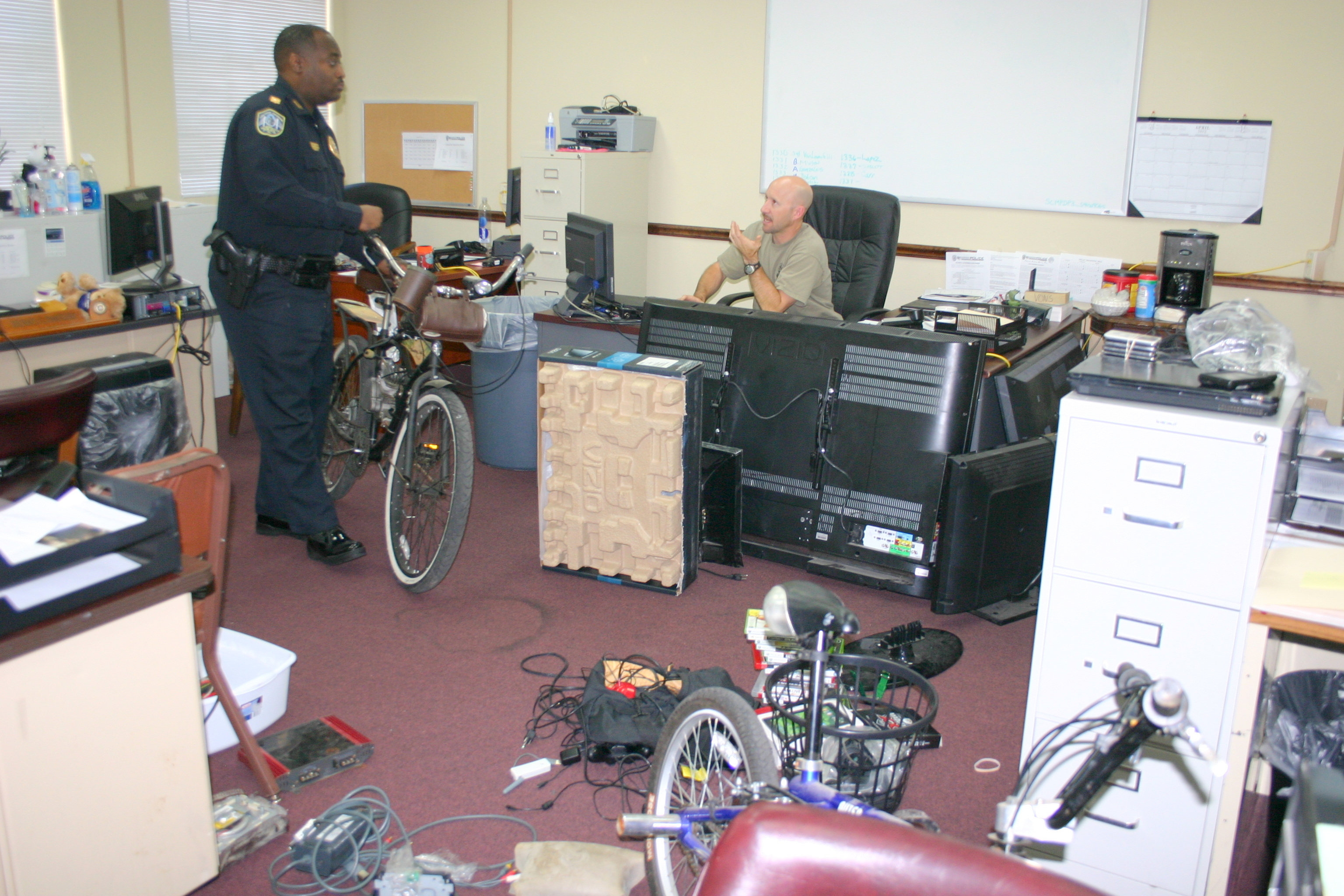 Savannah-Chatham Metropolitan Police, with the help of one of the victims, traced an item with a Global Positioning Device to a house on the 900 block of Wilcox Street where they found Vincent Joseph Clarke, 27, the stolen device and a wristwatch that had been stolen at the same time. He has been charged with two counts of theft by receiving stolen property.

Police also discovered a cache of stolen items ranging from televisions to guns to bicycles and even a motorized bicycle. Detectives are poring over the items in the Central Precinct in an attempt to identify the original owners.

Events began Wednesday evening when a resident on the 600 block of West 35th Street returned home to find a blinking light indicating her burglar alarm had activated. Police found a window broken out and the house ransacked. Taken were jewelry, computer and other items.

A resident of the house activated a search function on his I-Pad that led police to the stolen items. Police have recovered, among other items, six televisions, Xboxes, games, a child’s Mongoose bicycle, lap top computers, I-Pods, I-Phones, firearms and two marijuana plants. The items are believed to have been taken in burglaries and thefts as long as seven months ago. Some of the recovered items may not have been reported stolen.

Central detectives are continuing to investigate the case and are asking anyone who has lost such items and not reported them to contact them at (912) 651-6931 with a description.