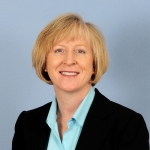 SAVANNAH, GA (October 17, 2014): An Armstrong State graduate who went on to careers in both the U.S. Army and the FBI has taken the reigns of Crimestoppers of Savannah.

Sherry Gellatly Harriss was appointed as the director by Savannah-Chatham Metropolitan Police Chief Julie Tolbert and assumed her duties Monday.

“We feel fortunate to have someone of Ms. Harriss’ stature as a soldier and federal agent to lead this organization that is so important to every law enforcement agency in this area,” Tolbert said. “She has distinguished herself in so many ways and I am confident she will continue to do so as the director of Crimestoppers.”

Harriss replaces interim director Gianna Nelson, an analyst in the Savannah Area Regional Intelligence Center, a unit of SCMPD. She has led Crimestoppers since former director Demery Bishop retired Nov. 1, 2013. Ms. Nelson has resumed her responsibilities as an analyst.

“I’m excited to be able to keep a hand in law enforcement and participate in the community in a more personal way,” said Harriss.   “I am thrilled to be part of the Crimestoppers of Savannah team that has such an outstanding reputation in the community and a legacy of success.”

Ms. Harriss graduated from then Armstrong State College with a degree in Criminal Justice.  While at Armstrong, she was a member of the ROTC program and its first female ROTC graduate.  Selected as a the Distinguished Military Graduate, she received a Regular Army commission as a Signal Corp officer and, after attending Airborne Training,  served with the U.S. Army for three years.

Subsequently appointed as Special Agent with the Federal Bureau of Investigation and assigned to the Denver and Washington, DC, field offices, she conducted investigations in such areas as violent crime, money laundering, narcotics, counter terrorism and white collar crime.   Among the investigations she helped conduct were the murder of a Savannah city alderman killed by a letter bomb in the 1980s and the raid in Waco, TX, in which four agents and six Branch Davidian members were killed in 1993.

Ms. Harriss is a certified Federal Polygraph Examiner and is a graduate of the FBI’s National Academy.  She retired from the FBI in 2010, after which she conducted polygraph examinations for private and federal entities.  She also worked as a contractor for the Department of State, Office of Diplomatic Security.  She is a licensed private investigator.

She is married to a retired navy officer who currently is a Master Mariner with Hornbeck Offshore Services. They have two sons, one who attends Benedictine Academy and another who attends Northwestern University. She and her family relocated to Savannah from Arlington, VA, to be closer to family.

Crimestoppers of Savannah is an independent organization that confidentially solicits and distributes tips on crimes for area law enforcement agencies. Cash rewards are paid for information leading to the solution of crimes although tipsters remain completely anonymous to even the Crimestoppers staff. Funds for the rewards are collected by Crimestoppers independent of any governmental agency.