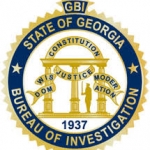 Savannah, GA – On Wednesday, November 16, 2016, the Georgia Bureau of Investigation (GBI) was requested by the Savannah-Chatham Metropolitan Police Department (SCMPD) to investigate a shooting near the intersection of White Bluff Road and Wilshire Blvd.

Preliminary information from SCMPD authorities indicated that at approximately 3:43 a.m., a patrol officer conducted a pedestrian stop with Brandon Christopher Adams, 24.  During the stop Adams fled on foot from the officer.  The SCMPD officer pursued Adams and during the pursuit reported hearing a gunshot.  Upon hearing the shot, the officer observed Adams fall to the ground. A handgun was recovered from the scene.

Adams was transported to Memorial University Medical Center where he was treated for a gunshot wound to his chest.  Adams later died of his injury.

An Autopsy was performed at the GBI Crime Lab in Savannah and Adams’ injury was consistent with a self-inflicted gunshot wound to the chest.

The GBI will continue its independent investigation, and when completed, the case will be turned over to the District Attorney’s Office for review.