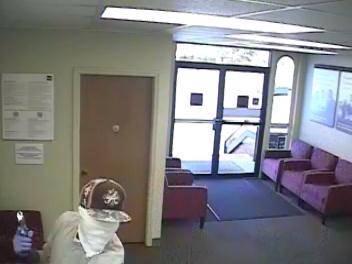 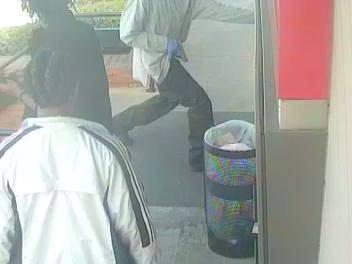 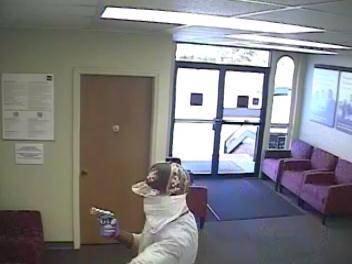 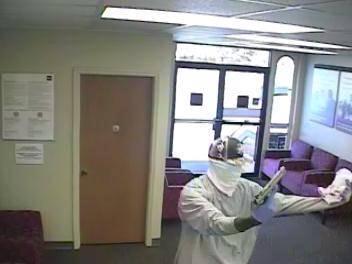 SAVANNAH, GA (March 20, 2013): Federal Bureau of Investigation agents and Savannah-Chatham Metropolitan Police are investigating the robbery of the Wells Fargo Bank branch in the 3500 block of Ogeechee Road today.

A gunman entered the branch just before 4 p.m., pointed a silver automatic handgun at bank employees and demanded money. He left with cash in a white plastic bag with a red drawstring that he had brought with him and drove away in a gold Toyota Camry.

The Camry was found abandoned behind a house in the Liberty City area of west Savannah where the gunman entered a white sedan with another black male and drove away.

The gunman is described as a very slender black male, 6-2 to 6-3 in his mid to late-20s. He had long twisties in his hair and had a medium complexion. He was wearing a fitted, gray Atlanta Braves baseball cap with dark pants and shoes with a white bandana or T-shirt hiding his face.

Anyone with information on the robbery or the suspect is asked to call Crimestoppers at (912) 234-2020 or text CRIMES (274637). Tipsters remain anonymous and may qualify for a cash reward.