SAVANNAH, GA (July 31, 2015): Members of the FBI’s Violent Crime Task Force and robbery detectives from the Savannah-Chatham Metropolitan Police Department are trying to identify a gunman who robbed a Wells Fargo Bank branch this afternoon.

The black male walked into the bank on the 5700 block of Waters Avenue, produced a handgun and demanded money. He then left on foot at 12:45 p.m. No injuries were reported.

The suspect was wearing a cap and a surgical mask covering his face and neck. His image was captured on the bank’s video system. 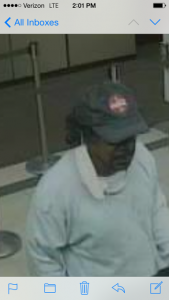 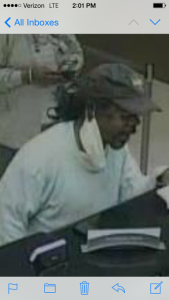 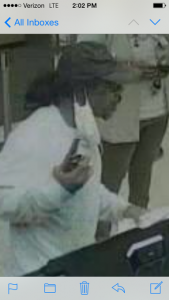 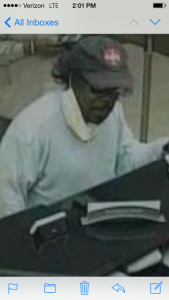 A Tip Line also is open directly to SCMPD investigators at (912) 525-3124 and most area clergy have agreed to serve as liaisons for anyone who would like to share information with police anonymously.