“Officers Saxon and Diggs are exemplary in their work with Domestic Violence victims and great assets to the community,” said Heap. “I want to applaud them for their extreme dedication and sensitivity in their interactions with victims and their families.”

“We are certainly proud of both men, APO Saxon and Officer Diggs. They are great Domestic Violence investigators,” said SCMPD Chief Joseph “Jack” Lumpkin. “Domestic Violence, in my opinion, is an incubator of violent crime. The more we can protect victims from domestic violence the better our community will be.” 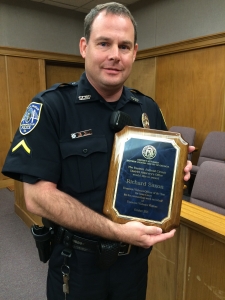 APO Richard Saxon has thirteen years of experience in law enforcement and corrections. He joined SCMPD in December 2012. Officer Saxon is currently assigned to West Chatham Precinct assigned to Beat 14 which includes the Georgetown area. Officer Saxon’s supervisors describe him as being a hard working dependable officer who puts forth 100% on every call he rides. He takes every call and every investigation seriously. Officer Saxon demonstrates a deep concern for the citizens he serves. In addition to his primary duties as a patrol officer, Officer Saxon is one of two officers assigned to the Alpha Watch trained to process crime scenes for Fingerprints.

Officer Antwan Diggs, a Florida native, is currently assigned to the Downtown Precinct of Savannah-Chatham Metropolitan Police Department Downton Special Operations Unit. Prior to becoming a law enforcement official, Officer Diggs served in the United States Army. After being honorably discharged, he relocated to Savannah serving as an Emergency Medical Services Technician and a Firefighter. Officer Diggs joined the Savannah-Chatham Metropolitan Police Department in December 2013 where he is currently assigned to the Downtown precinct. He has received several achievements regarding his work ethic. 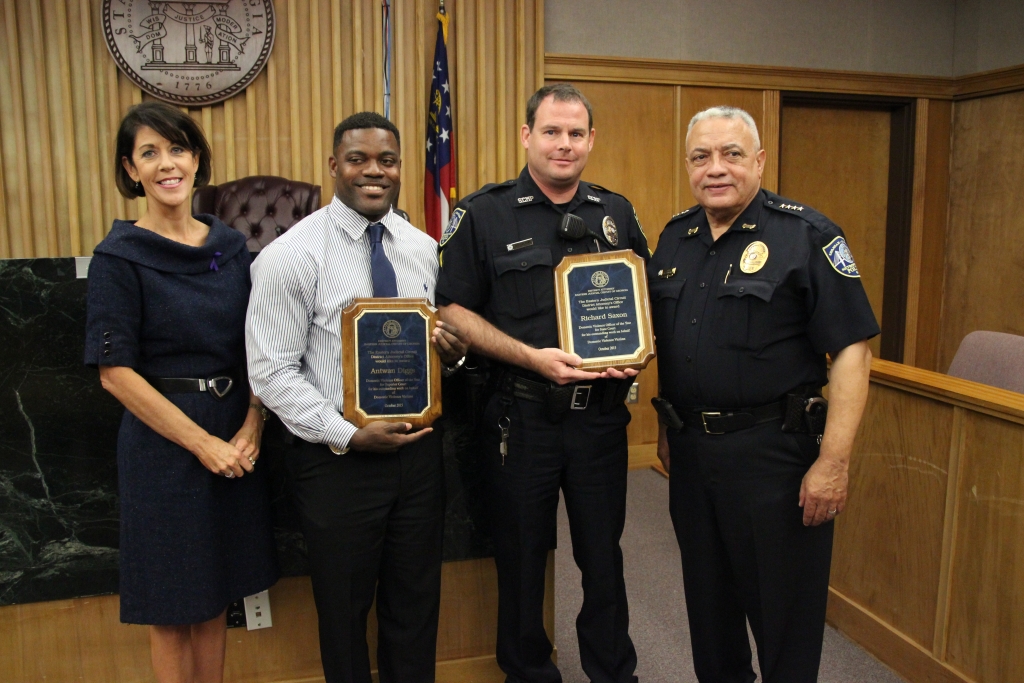