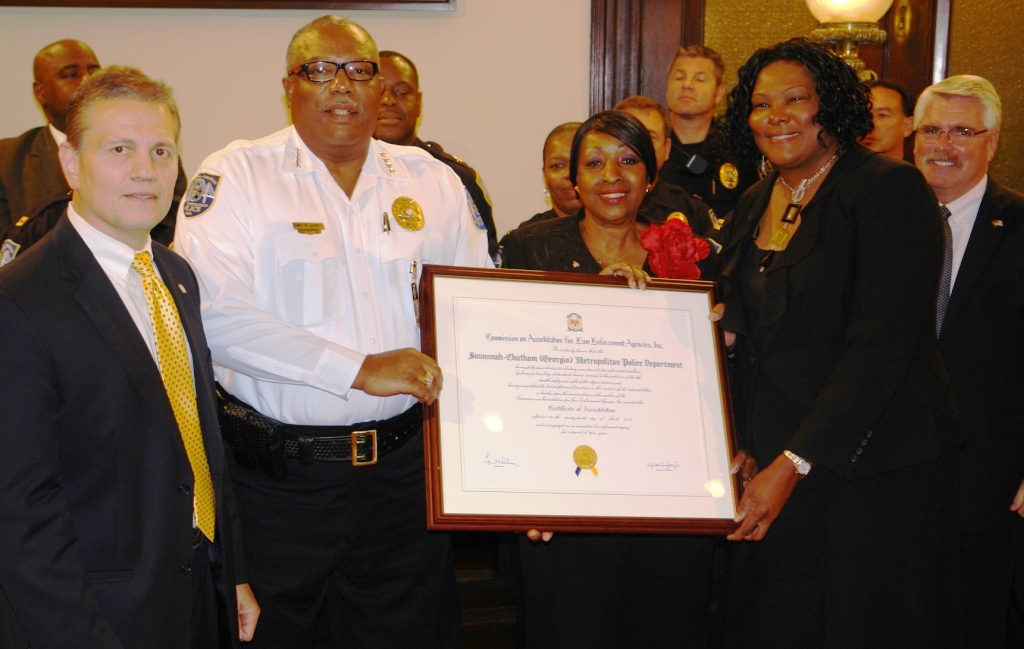 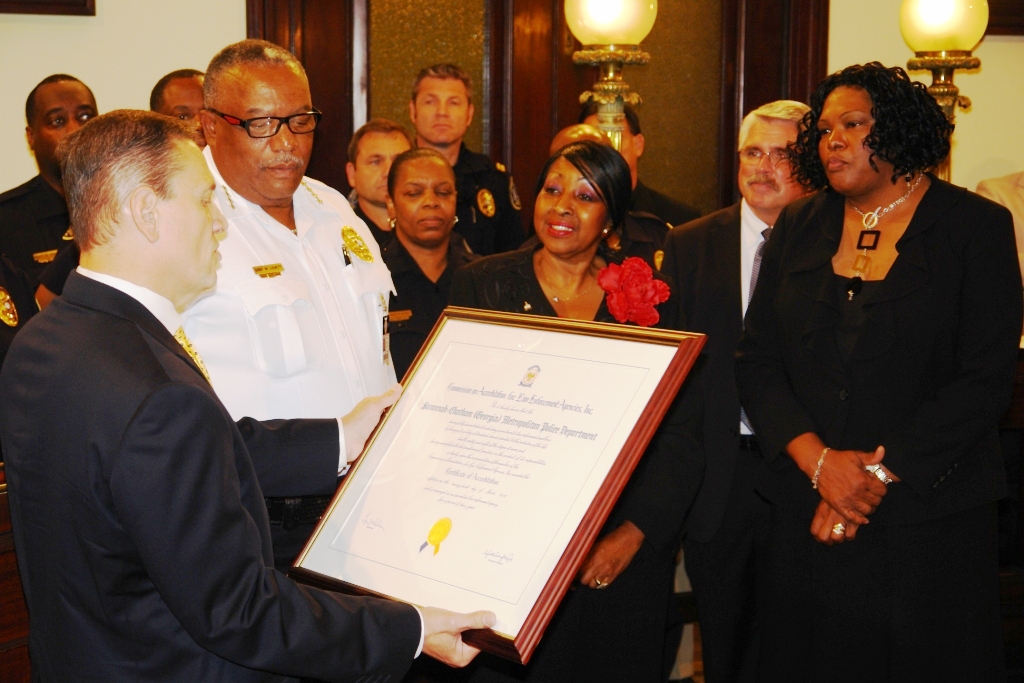 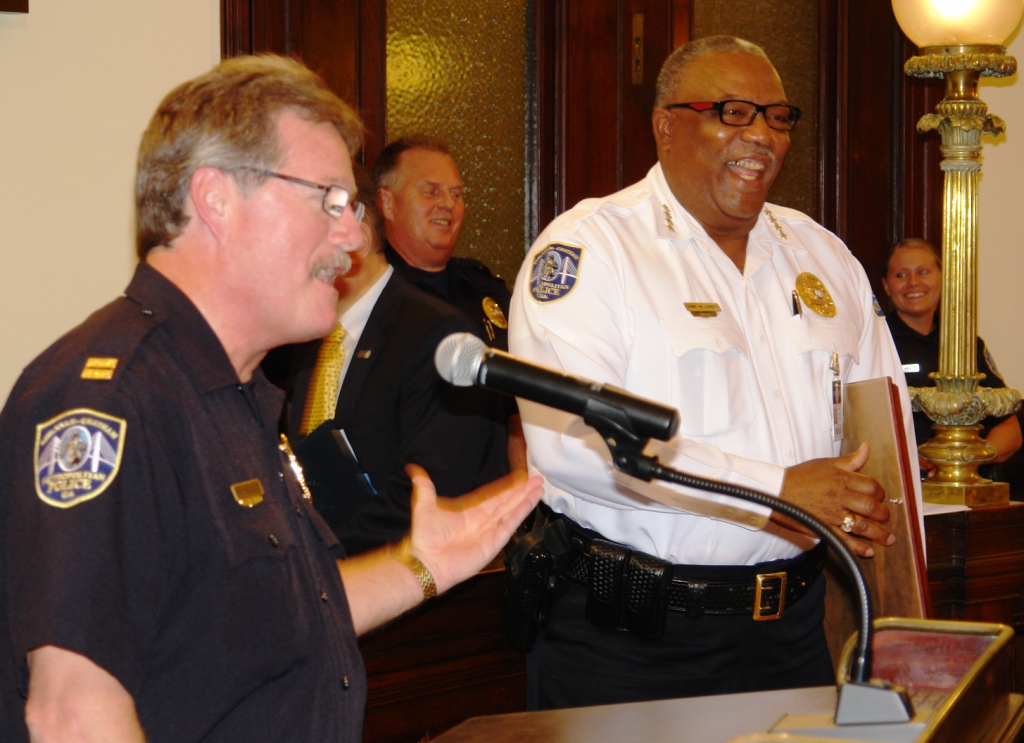 SAVANNAH, GA ( May 31, 2012) Savannah Mayor-Council were officially presented certification of accreditation for the Savannah-Chatham Metropolitan Police Department today by the president of the organization that judges professionalism of police departments.

Dekmar, who also is Chief of Police in LaGrange, GA., told Mayor Edna Jackson that a positive review by the group that inspected the department is not guaranteed. Out of 18,000 police departments in the United States, only about 1,000 are accredited.

Mayor Jackson presented the certification to SCMPD Chief Willie Lovett who recognized the extensive work by Capt. Phillip Reilley, who led the department through the process of reinstating the accreditation which was suspended by a previous chief.

Lovett said that Reilley, who was a lieutenant at the time, guided the application process in a manner that enabled it to be completed in half the time generally required. Since CALEA voted to extend the certification to SCMPD in its annual meeting in Mobile, AL., in March, Reilley has been promoted to captain and assigned command of the West Chatham Precinct for SCMPD.