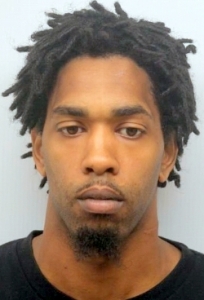 shooting of a Savannah man in Cuyler-Brownsville area has turned  himself in to Savannah-Chatham Metropolitan Police after officers with a  officers of a task force began visiting locations he frequents Friday.

He has been charged with aggravated assault in the Sept. 24 shooting of  LaJordan Christopher Johnson, then 20, on the 700 block of West 42nd  Street.

Johnson was found in a house where he occasionally lives with non-life  threatening wounds about 6:15 p.m. He told officers he was walking when  two males fired multiple shots at him.

Violent Crimes detectives continue to investigate the shooting and seek the identity of the second suspect.