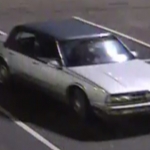 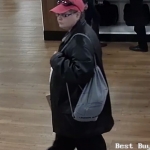 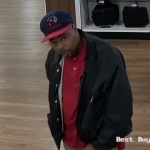 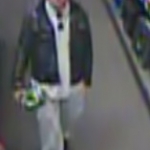 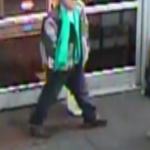 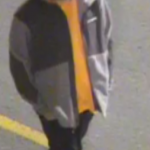 Two shopliftings occurred on Feb. 7. In the first incident a suspect entered the store then walked out with laptops and video games he failed to pay for. The suspect is described as a white male in his 30s or 40s, standing 5-6 to 5-8 and weighing 175 to 185 pounds. During the theft the suspect wore a white and gray hat, blue jeans, a teal shirt, green scarf and grey jacket. He returned to the store a second time wearing an orange shirt and hat. He stole no additional items. The suspect fled in a silver 1990 Oldsmobile 98 Regency with Georgia tag “QAS3663.” The vehicle had a white female driver.

Also, on Feb. 7 a male in his early to late 20s entered the store stealing video game equipment. The suspect is a white male standing 5-5 to 5-7 and weighing about 170 to 180 pounds. During the incident he wore a light colored shirt, light pants, black jacket and an orange hat.

Feb. 1, another suspect stole a tablet from Best Buy. This suspect is a white male who wore a red and blue hat, black jacket, red polo-style shirt, khaki pants and grey shoes during the incident. He may have fled in a red Hyundai Elantra.

Jan. 30 a suspect stole a laptop and GPS. This suspect is described as a heavy-set white female who is short in stature. During the incident she wore a pink hat, black jacket, black pants and gray shoes.

Investigators do not believe these incidents are connected.

Anyone with information on these cases or the identities of the suspects should call CrimeStoppers at (912) 234-2020 or text CRIMES (274637) using the keyword CSTOP2020. Tipsters remain anonymous and may qualify for a cash reward.