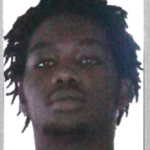 UPDATE: Alvonte Mack has turned himself in to Metro Police to face the charges filed against him.

Alvonte Mack, also known as “Mookie”, has been charged with aggravated assault and possession of a firearm in the commission of a crime by Metro Violent Crimes detectives. He is charged with shooting  Benjamin Webber on the 2200 block of Hawthorne Street in the Pine Gardens neighborhood.

Mack is a black male, approximately 5-10, 160 pounds with short to medium length dreadlock hair, a medium complexion and light brown eyes. While he lives in the  east Savannah area, he was last seen near the new Sustainable Fellwood Apartments in West Savannah. He should be considered armed and dangerous.

Anyone with information on his location is asked not to approach him but to call emergency 911 immediately. Calls can also be made to Crimestoppers at (912) 234-2020 or text CRIMES (274637) using the keyword CSTOP2020. Tipsters remain anonymous and may qualify for a cash reward.