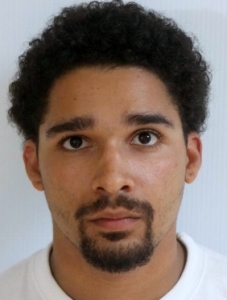 SAVANNAH, GA (April 27, 2015): Savannah-Chatham Metropolitan Police Homicide detectives have charged one suspect with murder and aggravated assault and a asking the public’s help in locating a second in a fatal shooting Friday night in which the suspect vehicle crashed nearby.

Thelron Gregory Winbush Jr., 20, was arrested today and charged with the murder of Derek Johnson, 19 on the 2100 block of Glynwood Drive Friday night. Za’Kee Jaquan Robinson, 19,
Of Thunderbolt is being sought as a second suspect. He is a black male standing 5-foot-7 and weighing about 155 pounds.

Johnson had been in a parked car with other individuals when a minivan drove by and someone in it began firing at the car. The minivan sped away and the driver of the car drove Johnson for treatment.

Shortly after, the minivan belonging to a relative of Winbush was located wrecked on the northbound entrance ramp to the Truman Parkway from Derenne Avenue. The occupants of the minivan were seen running from the scene.

Robinson is considered armed and dangerous. Anyone aware of his location is advised not to approach him but to call Emergency 911 immediately.