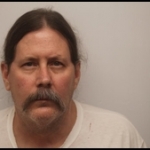 At about 5:30 p.m. on Saturday, Metro responded to CVS, where minutes earlier an armed male reportedly walked behind the pharmacy counter demanding prescription drugs from employees. The suspect left with the stolen items in his possession.

Witnesses observed the suspect exit the store, then drive away in a red Ford pick-up truck. Responding Metro officers found the truck unoccupied at a retirement community on Peachtree Drive, prompting a search of the area. Metro officers found Wall, who matched the suspect’s description, walking away from the scene. Wall was detained with the stolen medication in his possession. He later confessed to the crime and was arrested without incident.

Anyone with additional information on this case should call Crimestoppers at (912) 234-2020 or text CRIMES (274637) using the keyword CSTOP2020. Tipsters remain anonymous and may qualify for a cash reward.