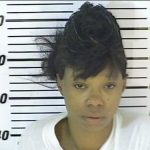 SAVANNAH, GA (December 9, 2014): Detectives from the Savannah-Chatham Metropolitan Police Department have filed warrants against a Savannah woman in two robberies tied to Craig’s List listings and are seeking the public’s help in locating her.

Warrants have been secured against Jessica V. Rodriguez, 35, charging her with armed robbery, hijacking of a motor vehicle and possession of a firearm in the commission of a crime. A warrant against her also has been filed for failure to appear in Chatham County State Court. She is described as a black female, about 5-foot-6 and 140 pounds. She previously lived in a rooming house on the 500 block of West 38th street.

The warrants stem from two robberies in September in which couples were robbed after meeting a young female to purchase vehicles listed on the web site. In each case, the couples arranged to inspect vehicles and were robbed either during the inspection or shortly after.

Both vehicles that were advertised on Craig’s List were reported stolen about a week before the robberies.

Detectives also are seeking the public’s help in identifying and locating four black males wanted for questioning in the case. The men included a taller, lighter-complexioned male with long dreads who is known to wear a lighter colored baseball cap with an “A” on the bill; a second with a very short hair style; and two shorter males with darker complexions and brush cut hairstyles. They were caught on video in a store where the investigation had led detectives and are wanted for questioning.

Detectives advise anyone answering advertisements such as Craig’s List take care, insisting they meet in well-populated locations and do not involve cash transactions. Ask for a copy of the title before meeting the sellers and arrange for the transaction to be completed at a later time, rather than in an isolated area. Those who do meet sellers in isolated areas should drive to another location before returning home.