Update: Further evidence suggests that this incident stemmed from an attempted armed robbery.

Police are asking anyone with any information to step forward. 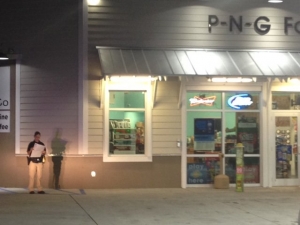 Metro responded to a gas station in the 2000 block of Skidaway Road finding Dileep Madappallil, 37, suffering from a gunshot wound. The victim was transported to Memorial University Medical Center with serious injuries.

Detectives believe the suspect was a black male suspect with short hair. He wore a black shirt and a purple mask on his face during the incident.