UPDATE 2: Javaris Smith, who was wanted for questioning, has been located by detectives.

UPDATE: Detectives have determined the victim and the suspect in the Aug. 19 homicide on West 37th Street were known to each other. The victim, Daniel Landy, reportedly had a relationship with the suspect’s ex-girlfriend. During a verbal altercation, Brandon Fuller shot Landy. 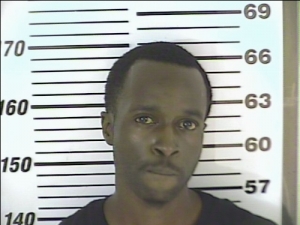 Javaris Smith is wanted for questioning.

Fuller was arrested and charged with murder later the same day.

Additionally, detectives are looking for Javaris Smith, 28, who is wanted for questioning in reference to this homicide. Smith is 5-feet, 8-inches and weighs approximately 135 pounds.

Anyone with knowledge of this incident or the Smith’s whereabouts should contact the SCMPD tip line by dialing (912) 525-3124.