Shalotta Holmes, 47, driving a Ford Explorer was traveling north in the left lane of northbound Truman Parkway approaching the Eisenhower Drive exit. A preliminary investigation revealed that Holmes lost control of the vehicle, causing it to enter the grass median separating the northbound and southbound lanes of Truman Parkway. The vehicle slid sideways and rolled multiple times before coming to a stop.

Holmes, Dorothy Holmes, 87,  and Albertha Johnson, 65, sustained serious injuries and were transported to a local hospital. A one-year-old male was also in the vehicle, but did not receive any injuries. 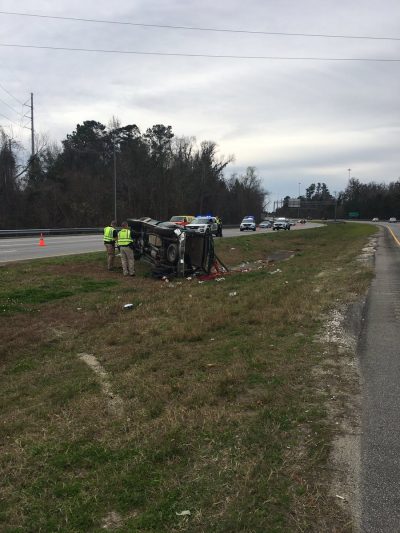