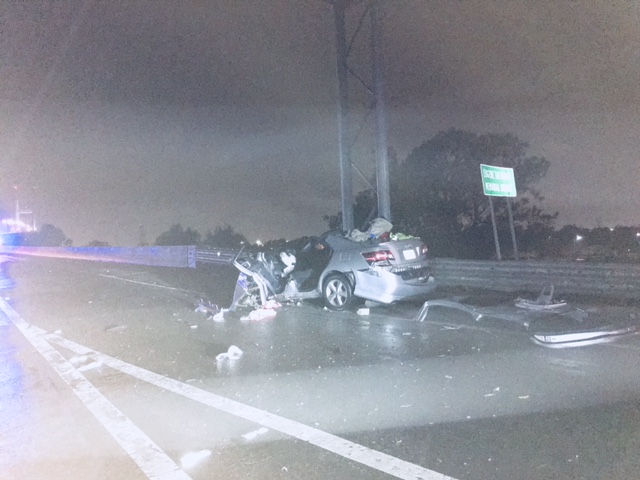 Around 3:50 a.m. a Toyota Camry driven by Joel Martinez-Rios, 27, of Savannah, was traveling southbound on Highway 17 at a high rate of speed. Just prior to entering the Talmadge Bridge, the vehicle crossed the center line and struck the end cap the median wall, resulting in the vehicle spinning and coming to a rest against the guard rail on the right side of the southside lanes. The crash resulted in the closures of all lanes of the Talmadge Bridge for almost three hours.

Martinez-Rios was transported to a hospital for treatment of serious injuries.