SAVANNAH, GA (June 25, 2019) – Savannah Police’s Traffic Investigation Unit is investigating a single-vehicle crash that occurred this morning on the 37th Street Connector and resulted in serious injuries to the 21-year-old driver.

Around 7:30 a.m. Ronnie Holloway, who was traveling in a Chevrolet Prizm, attempted to pass a vehicle that was in front of him in the left, eastbound lane of the 37th Street Connector. While doing this, he realized that there was another vehicle in the right lane, resulted in him attempting to pull back into the left lane. This resulted in Holloway losing control of the vehicle. The vehicle left the roadway and struck the guardrail. Holloway, who was not wearing his seatbelt, was ejected from the vehicle. 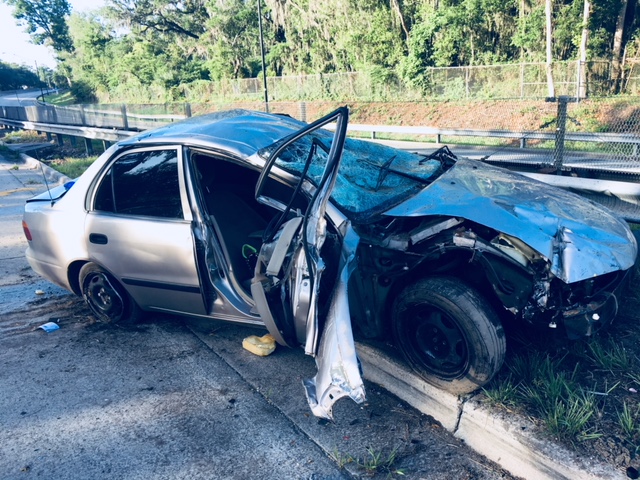