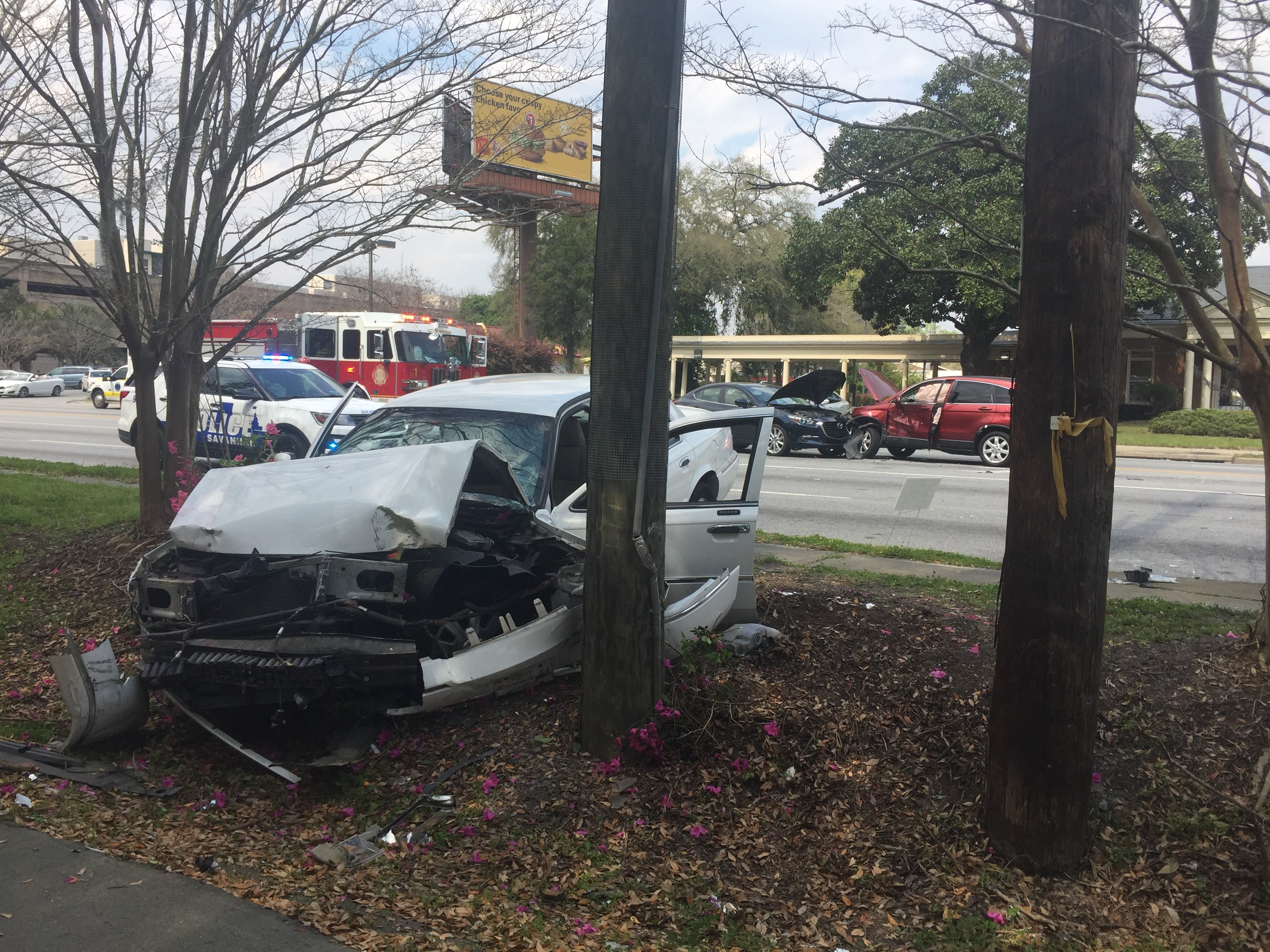 This resulted in the Honda striking a Mazda 3 that was stopped in the left turn lane of eastbound DeRenne Avenue. The Mazda was driven by Teresa Cullina, 66, of Tybee Island.  The collision also resulted in the Mercury crashing into a power pole.

Talley was transported to a hospital with serious injuries. Miller was treated at the scene for minor injuries. Cullina was not injured.

The circumstances leading to the crash remain under investigation.