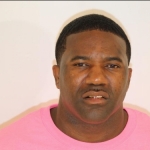 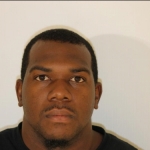 SAVANNAH, GA (December 13, 2014):  Officers from various units and a special task force of the Savannah-Chatham Metropolitan Police Department coordinated to arrest  both suspects after a man was beaten and shot at a hospital parking garage this morning.

Marvin Demia Johnson, 38, and James Ray Milton, 24, were arrested after vehicle and foot pursuits by officers from a Metro SWAT Team task force about 1:30 a.m. Both have been charged with armed robbery, but Violent Crimes detectives are continuing to investigate additional charges. Both men have extensive histories with Metro Police.

About 1:30 a.m., a Metro Canine Unit officer attached to the task force located a vehicle matching the description of a Toyota involved in a midnight robbery attempt and shooting and pursued it through the west Savannah Tatumville neighborhood and onto Birchfield Drive.

By the time it stopped and the driver fled on foot, members of the special task force had saturated the area where both men live and each was taken into custody.

Islands Precinct Patrol officers had responded to a Memorial University Medical Center parking garage at 12:03 a.m. after a woman accompanying the victim reported two men had tried to rob the 44-year-old man from Hinesville when they struggled and he had fled after being shot.

Police located the victim in the emergency room being treated for injuries from the beating and a non-life threatening gunshot wound.

In an early-morning memo to the entire department, Police Chief Joseph H. Lumpkin Sr. praised the coordinated effort of the various units involved as “a great demonstration of tenacity and skills by SCMPD personnel that resulted in two violent offenders being arrested!” He thanked all those officers who were involved.

As the investigation continues, anyone with information is asked to call Crimestoppers at (912) 234-2020 or text CRIMES (274637) using the keyword CSTOP2020. Tipsters remain anonymous and may qualify for a cash reward.

A Tip Line also is open directly to investigators at (912) 525-3124 and most area clergy have agreed to serve as liaisons for anyone who would like to share information anonymously.