On Sunday, October 13, 2019 shortly before 5 a.m., a suspect fraudulently used a credit card at the Waffle House on Gateway W. Boulevard. The credit card was taken during an auto theft that occurred earlier that day.

The suspect is a black male, approximately in his early to mid-20s. He stands approximately 5’10” to 6’02” and weighs around 230 pounds. In surveillance footage captured at the Waffle House, the suspect was wearing a white t-shirt. 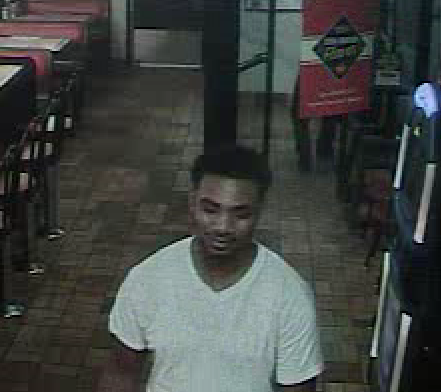