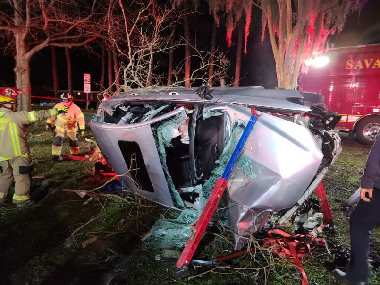 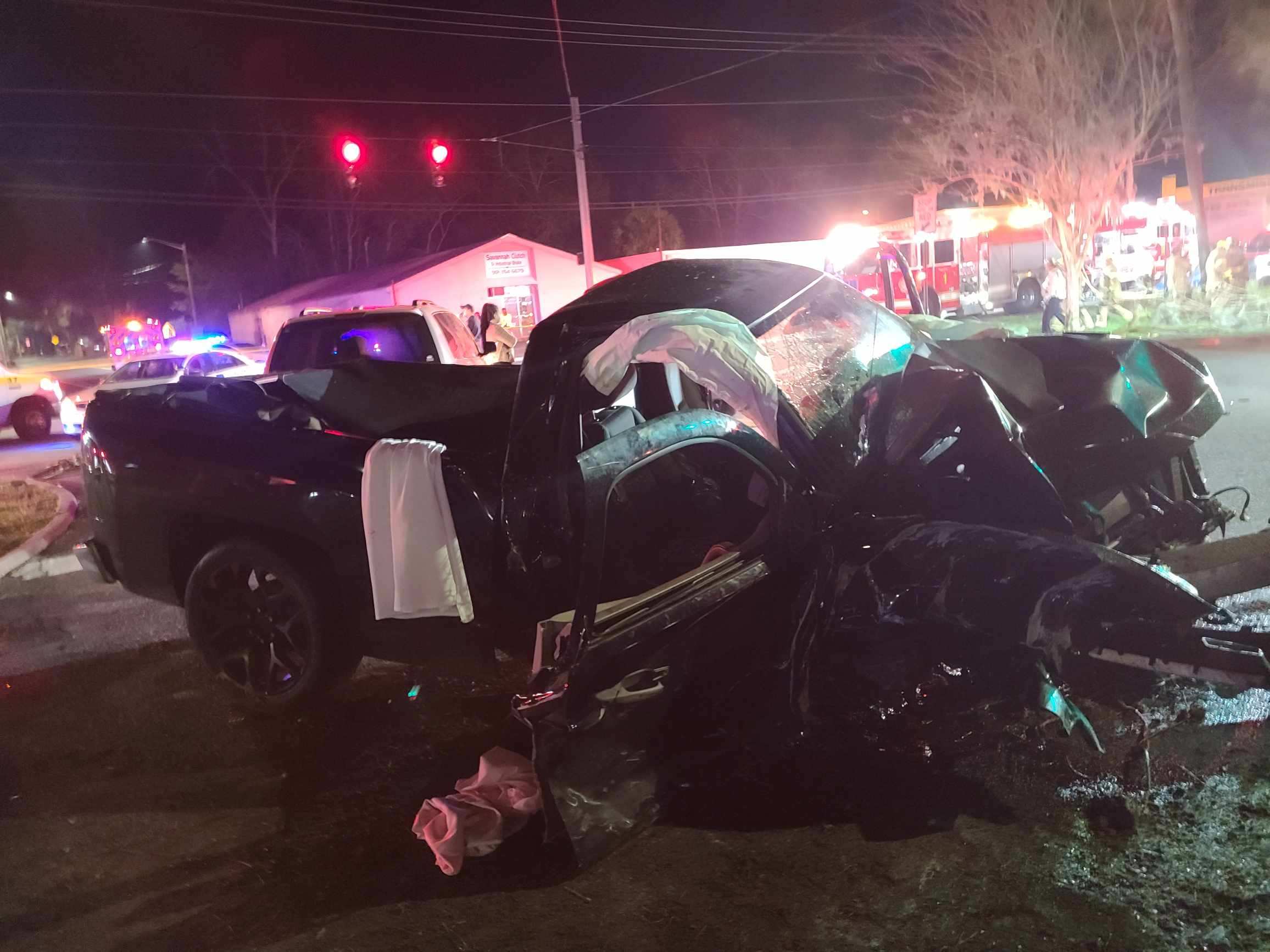 According to a preliminary investigation, a Ford Fusion was traveling northbound on Montgomery Street at a high rate of speed around 10:30 p.m. when the driver swerved into another lane to avoid hitting a vehicle that had slowed to make a left turn on to Staley Avenue. This resulted in the Fusion striking a Chevrolet Silverado that was in the right-hand northbound lane.

After striking the truck, the Fusion struck the raised median, overturned, struck a tree, and then came to rest in the median. The Silverado also lost control, striking a tree and a metal pole. Occupants had to be extricated from both vehicles.

The drivers of both vehicles and a passenger in the truck were transported to a hospital for treatment of serious but non-life threatening injuries.

An investigation revealed that the Fusion was stolen that same evening. The Fusion’s driver, Lonon Vin Tay, 17, was booked into the Chatham County jail for theft by receiving stolen vehicle and an existing warrant.