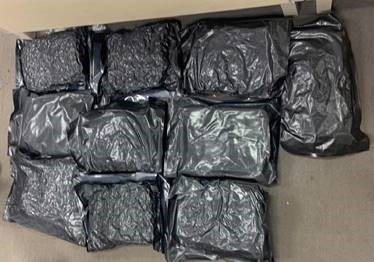 SAVANNAH, GA (May 27, 2022): Savannah Police have arrested a suspect in connection to an ongoing drug investigation on Savannah’s Southside.

SPD’s Strategic Investigations Unit began an investigation after receiving a tip about ongoing drug sales and identified Walters as a suspect. Following a thorough investigation, officers initiated a search warrant May 26 at a residence in the 9300 block of Dunwoody Drive and at a storage unit on Abercorn Street. The search resulted in seizure of ¼ kilo of cocaine, 16 grams of crack cocaine, more than 15 lbs. of marijuana, a firearm and $1,600.