SCMPD Arrests Man After Terroristic Threats Made to Officers 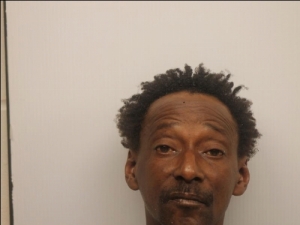 SAVANNAH, GA (December 15, 2016): Savannah-Chatham Metropolitan Police Department arrested a man, Dec. 14, after he made threats to kill officers through phone calls to the Emergency Communications Center.

The SCMPD Emergency Communications Center received several erratic phone calls on Dec. 13 from and unidentified caller making threats to local law enforcement. In one of the phone calls, the caller threatened to kill officers. Investigators were able to locate the residence where calls were made from.

Robert Williams, 57, was identified as the occupant of the residence, located in the 100 block of Millen Street. Due to the threat on law enforcement, officers conducted surveillance of the home before utilizing SWAT Team members to serve a search warrant on the home. The phone that made the calls was located inside the residence.

Major Richard Zapal, Criminal Investigations Commander said of the arrest, “The job of a police officer is difficult enough today.  Now they often worry about their safety. Six Georgia law enforcement officers have been shot in the past two weeks.”

He added, ”Chief Lumpkin and the Command Staff of the SCMPD  take any threat to our officers seriously. If anyone makes an overt threat to any of our police officers, we will utilize the necessary resources to bring this person to justice and eliminate the threat to our officers. Police officers are the guardians of our democracy and it is our shared responsibility to make sure they go home safely to their families.”