Around 10 p.m. Feb. 17 officer responded to Planet Fitness on Eisenhower Drive for reports of an entering auto. The victim reported someone smashed her window and stole multiple items including a bag containing credit cards, social security card, clothing, a laptop and other items. The bag had been left in plain view on the front seat. She estimates she was in the gym about one hour.

Soon after the theft, the cards were used for a fraudulent purchase totaling nearly $2,000 at Target. The subject seen using the card was described as a female dressed in a white Nike shirt with a gray sweater. Her hair was pulled back with a bandana. She came and left the store in a silver Range Rover. This is the same vehicle seen leaving the gym parking lot.

Anyone with information should contact the Eastside Precinct detectives at (912) 898-3252. Information can also be forwarded to CrimeStoppers at (912) 234-2020. Tipsters remain anonymous and may qualify for a cash reward. 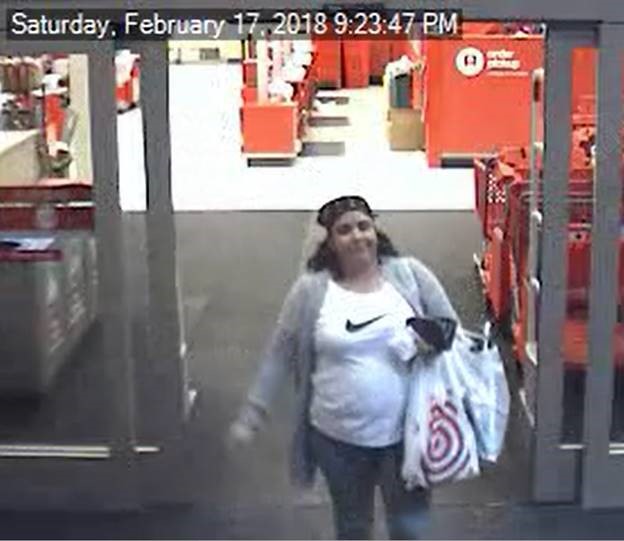