SAVANNAH, GA (July 4, 2019) – Savannah Police’s Violent Crimes Task Force conducted an investigation that resulted in the arrest of two subjects involved in narcotics sales and the seizure of drugs and guns.

On July 3 around 5 p.m., task force officers were in the area of the 1200 block of E. 39th Street conducting proactive intelligence gathering. Investigative techniques led officers to conduct a search warrant on a residence in the area.

-one pill of amphetamine 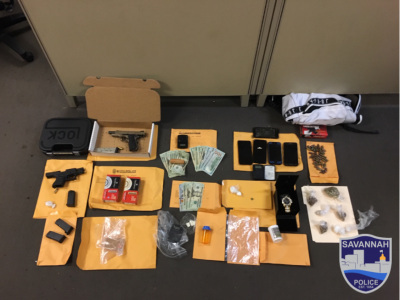