SAVANNAH, GA (February 3, 2020) – A morning ceremony held by the Savannah Police Department celebrated the promotion of four officers and the graduation of 13 of its newest members in blue.

“We’re excited about starting this new decade with a great group of new officers and new supervisors,” said Chief of Police Roy Minter. “Remember, there are no shortcuts to doing the right thing all the time. The City of Savannah, the Savannah Police Department and this great community expect and demand that honesty and integrity be amongst your highest personal core values. You must live it and display it every day both on and off duty.”

Thirteen new officers were ceremoniously inducted into the police department today after weeks of training at the Georgia Public Safety Training Center and specialized training at the SPD Professional Development Center. These new officers had family and friends join them to pin on their new badges, signifying their formal instillation into the Savannah Police Department.

Mayor Van R. Johnson, II, attended today’s ceremony and offered words of encouragement and inspiration to the graduates and promotees saying, “I’m excited because you are going to do some amazing things for our City. You’re here at the right time, and we absolutely need you. You are an example of something that is quintessentially Savannah.” Mayor Johnson went on to say, “On behalf of the over 2,500 people that comprise the City of Savannah work force, we want to thank you, and we pray God’s richest blessings upon you. 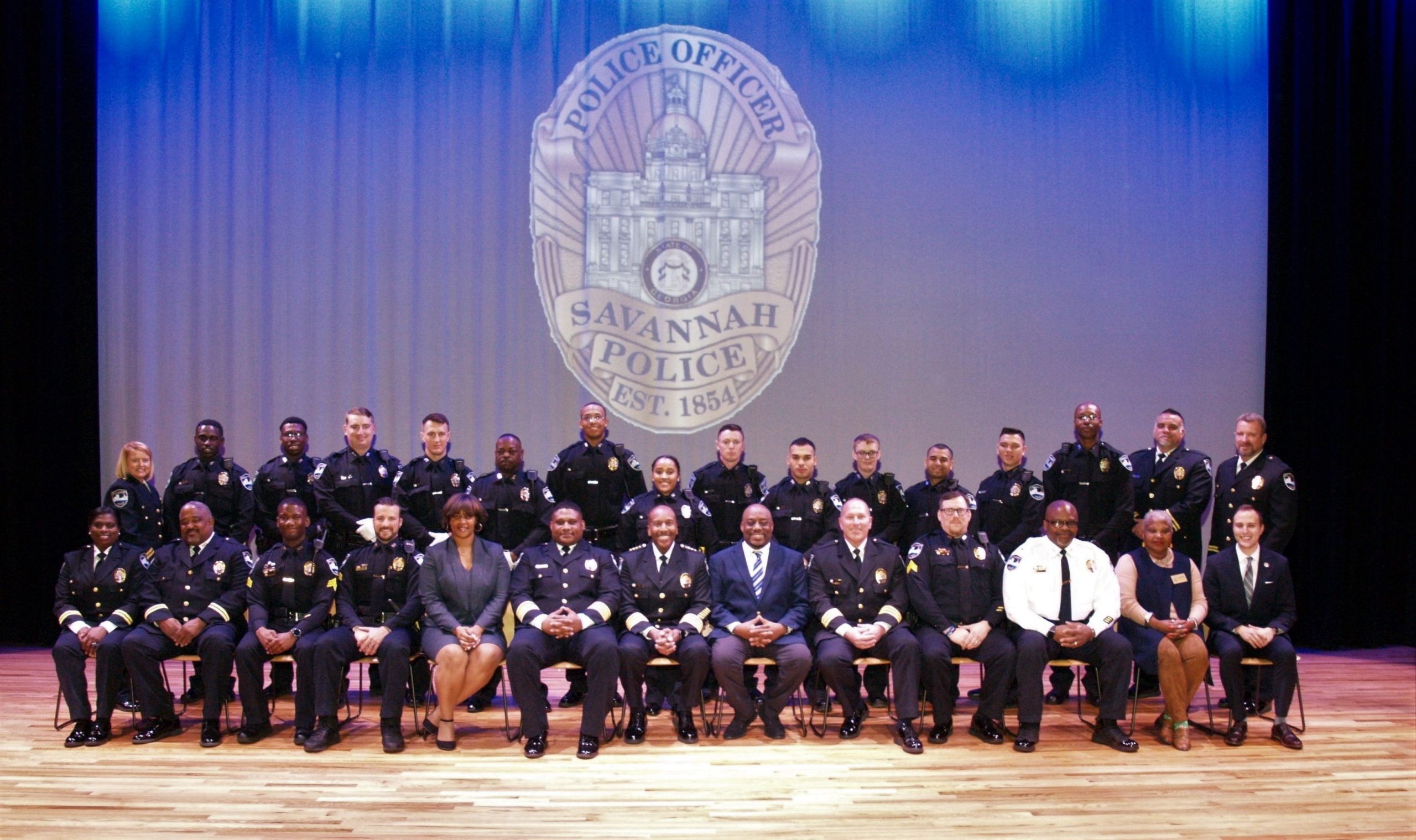