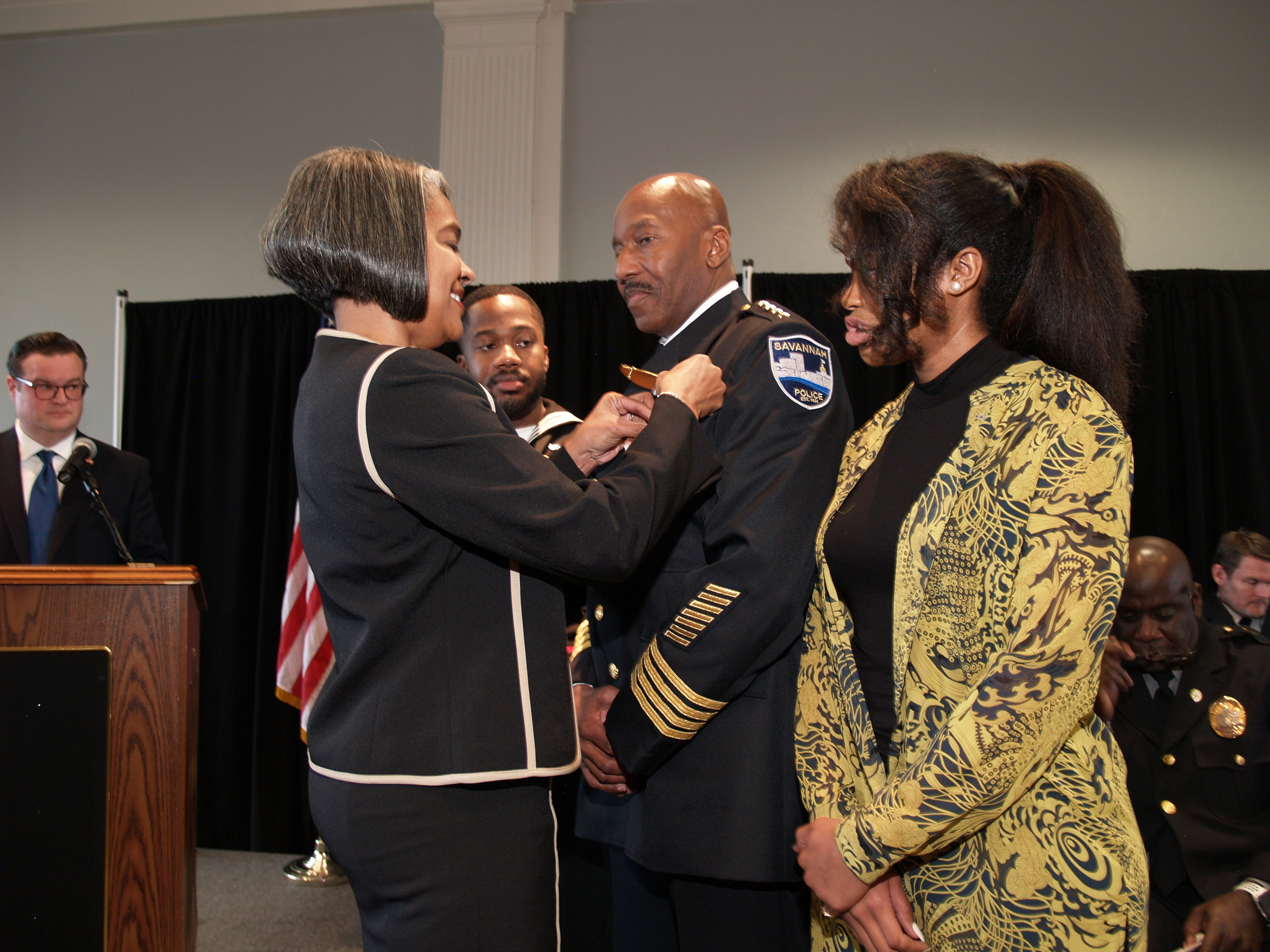 Roy Minter is pinned by his wife Ramona, while his children Justin and Sydney stand by.

SAVANNAH, GA (December 28, 2018) – Roy Minter was officially sworn in as the Savannah Police Department Chief of Police during a ceremony today at the Civic Center Ballroom.

“Selection of a police chief is one of the most important decisions that a city manager and a community can make,” said City Manager Rob Hernandez. “It was important for us to pick an exceptional individual to lead our department into the future… Sixty-six other applicants along with Chief Minter applied for this position. Chief Minter stood above all of them. We know that Chief Minter is a proven law enforcement professional with more than 35 years of public safety experience. Service and public safety is in his blood and in his DNA.”

Minter was selected in June following a national recruitment search. The finalists went through a series of interviews and meetings with key executive city staff, two citizens’ advisory panels and a law enforcement panel. Minter began working with the Savannah Police Department on Aug. 27 and served as the department’s Director of Police Services until he could officially be sworn in.

“When I came here I gave you a commitment that I would lead from the front, and I think I’ve been to just about every community meeting they’ve had, every event they’ve had and I’ve already started getting out on the street working side by side with the great men and women of this department,” said Chief Minter. “My strong commitment to the Savannah Police Department and the community we serve will not change.”

More than 200 people, including officers from SPD and surrounding agencies, judges, elected officials and members of the community, attended today’s ceremony. He was pinned by his wife Ramona and his children Justin and Sydney. Minter is the first chief of the reconstituted Savannah Police Department. 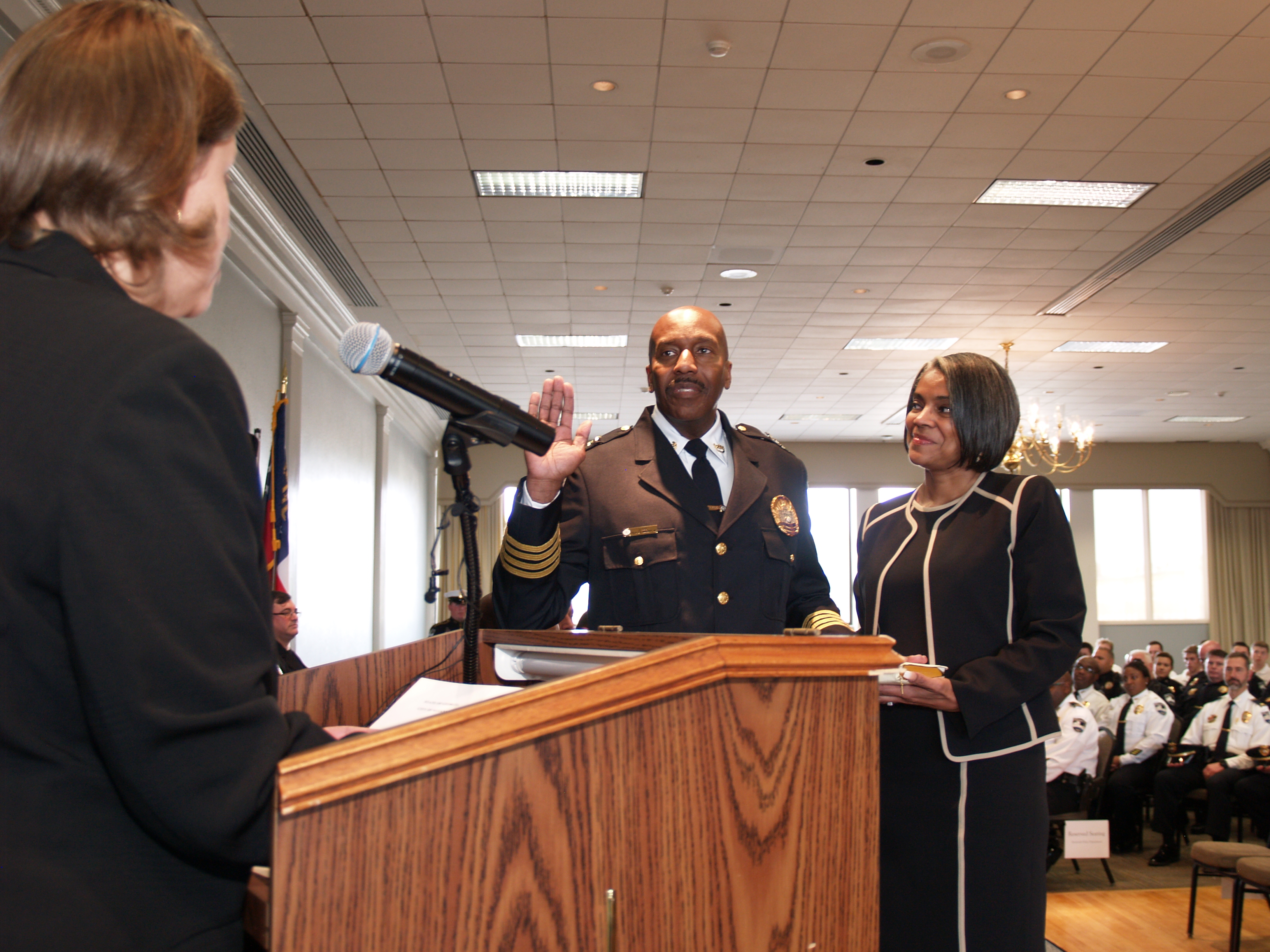 Chief Minter takes his Oath of Office while standing next to his wife Ramona.