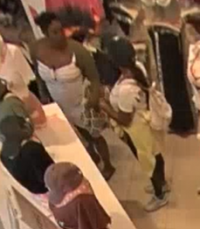 At around 4:45 p.m., two females can be seen on surveillance footage stealing multiple items, totaling approximately $1,000, from the Victoria Secret inside the mall. One 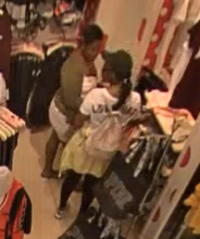 Detectives do not believe this incident is connected to a similar shoplifting that occurred April 19 at the Victoria Secret in the Oglethorpe and Savannah malls involving four Hispanic individuals.

Anyone with information on the suspects’ identities is asked to call the SPD Southside Precinct tip line by dialing (912) 351-3403. Information may also be forwarded to CrimeStoppers at (912) 234-2020. Tipsters 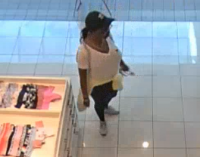 remain anonymous and may qualify for a cash reward