Officers and Neighbor Save Women and Children from Burning Building

SAVANNAH, GA (March 6, 2017) –The Savannah-Chatham Metropolitan Police Department’s West Chatham Precinct responded to a fire in the 200 block of Shad Road at approximately 5:45 p.m. on Mar. 4.

When Officers Andrew Jenkins and Joshua Chatting arrived, one home was already engulfed in flames and another was catching fire. Neighbor James Parker, 44, had already pulled four children out of the second home. “I was trying to get the babies out of the house,” Parker said. “ I was handing them off to one of the adults who got out. As I was getting the last baby out, I glanced over my shoulder and saw those two officers. When I saw them I knew I had help and it was going to be okay.” Officers Jenkins and Chatting were on their way to check on a homeless camp when they saw the home on fire. “Once I found out there were people still in side, my goal was to get them out and get them to safety. I was not thinking about my safety.”

“Officer Andrew Jenkins and Officer Joshua Chatting exemplified extreme bravery in rescuing these citizens and helping to secure a chaotic scene,” said the officers’ supervisor, Sergeant Charles Pugh. “They fully understood the imminent threat to their safety, and chose to act eagerly and honorably regardless.”

No life-threatening injuries were reported. Several residents were treated on scene, and three were transported to the hospital for treatment.

Today, Assistant Chief Julie Tolbert thanked Parker for his heroic actions and presented him with the Citizen Award of Commendation. 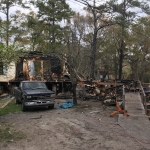 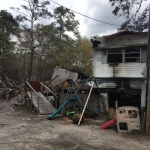 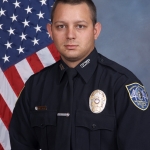 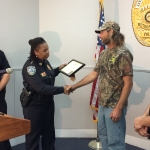 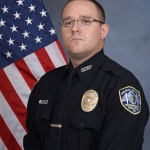